The Fundamentalism That Connects Donald Trump and Brexit 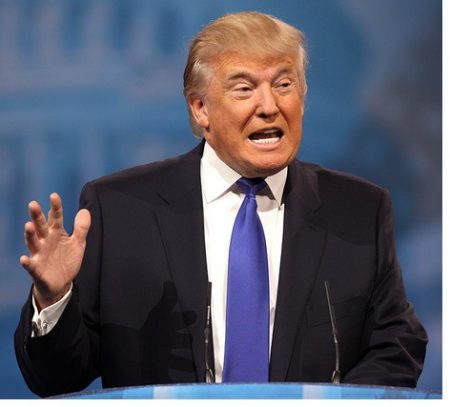 Just as America is on the brink of a historical election, Britain has just made history in its vote to leave the European Union. The vote rendered also forced Prime Minister David Cameron out of office. For anyone who is paying attention, the debate over whether or not to leave the EU strongly mirrors the current political debate in the United States. The overarching views of the people who voted to leave the EU are eerily related to those of Donald Trump and his followers.

What does Brexit have to do with America? The decision of those seeking to “make the UK great again” will undoubtedly affect the global economy. Since the news was made public, not only has the British pound fallen, U.S. stocks have simultaneously dropped as well. It is a story of disillusionment that echoes around the world. The grievances centered on the Brexit fallout draw from the same cocktail of crazy that surrounds the GOP presidential candidate’s campaign.

The Brexit vote affects America’s general dealings with Britain as well as the economy. It also serves as a reminder that one should never count out the ideas of the incredulous. Heretofore, this type of vote was viewed as impossible; however, the impossible has become a stark reality for those in the UK as well as the potential of the United States of America. For American dummies, the fundamentalism of the British debate is one that ironically connects Trump and Brexit.

The Brexit referendum quickly became more of a vote about the general state of the UK and all that is wrong with the country, with Europe and immigrants taking the blame. Just as in America, there are huge and growing problems of inequality in the UK, involving the failure of the political establishment to address basic problems of economic decline, unemployment, and housing. The LEAVE campaign decided to exit would be the easy answer while offering false promises that have no guarantee. This same fundamentalism connects Trump and Brexit. One woman who voted to stay said:

Those who want to leave seem to think it will go back to how it was before we joined. Before the Grantham Witch destroyed our manufacturing and mining industries. It will not because the world has moved on. Someone put on the Brighouse Banter site that we won two World Wars and we don’t need Europe. I pointed out that America did help us somewhat as well as the countrymen of some of the immigrants the Brexit camp wants to get rid of.

After the announcement, it is no strange matter that Trump voiced his support of the Brexit. The entire referendum represents the presidential hopeful’s expressed movement. Riding on the slogan, “Make America Great Again” Trump’s theory of building a wall and banning Muslims sounds too similar for Americans to ignore. This is one of the very reason Britons wanted to exit the U.K. 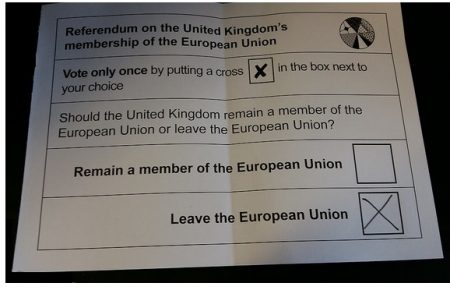 Fear can drive people to rash decisions and crazy extremes. The Brexit will affect the lives of the British for years to come, just as a similar action would Americans. The outcome of the vote makes the name of the U.K. sounds less united and more sarcastic. Ironically just as this 2016 election season has done for the USA. This fundamentalism oddly connects Trump and Brexit for dummies who fail to understand its significance for Americans.

America has a big decision to make in November 2016. For those in support of Britain’s decisive vote, Trump’s views sound like a melody of glad tidings. For others who understand what the breakup really means, the Brexit vote is a wake-up call on the importance of exercising the American right to hit the polls.

Britain’s decision to withdraw from the EU is an unprecedented move that has led to international uncertainty and plummeting stocks. It is time to get clear on the truths that connect Trump and Brexit while refusing to allow fear, anger, and impulse to steer the future of this great country. Going backward will not make America greater than moving forward.

FIN24: The Dummies Guide to Brexit – and why there’s no one to trust
BET: Everything You Need to Know About the EU Referendum
This Is Your Conscience: Brexit For DUMMIES [In GIFS & Sh*t]

3 Responses to "The Fundamentalism That Connects Donald Trump and Brexit"