Wildfire in Nevada Consumes 80 Acres and Continues to Burn [Updated] 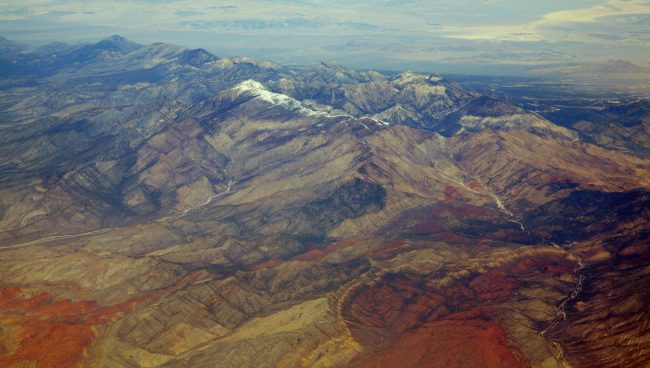 A wildfire in Mountain Springs, Nev., has grown to 80 acres. On June 26, 2016, the U.S. Forest Service began fighting the fire near state Highway 160 (NV-160) at mile marker number 20 in southern Nev. The wildfire was first reported by the CBS News affiliate in Las Vegas at 1:00 p.m. PDT. At that time, the blaze had consumed about 10 acres.

The Clark County Fire Department, U.S. Forest Service and the Bureau of Land Management are working together to suppress the wildfire. The Nevada Highway Patrol and Las Vegas Metropolitan Police Department (LVMPD) are assisting with re-routing traffic in the area.

LVMPD reported that Lovell Canyon Road has been closed beyond the state highway. The firefighters are investigating the cause of the fire. They have not released any information about how the fire might have started.

According to Google Earth, the location is rural, and there are no buildings visible. Lovell Canyon Road at NV-160 is about 40 miles away from Las Vegas.

CBS News reported that the fire at Lovell Canyon Road was in close proximity to the Carpenter 1 fire that scorched 28,000 acres between July 1 and Aug. 18, 2013. This wildfire was 25 miles northwest of Las Vegas on Mount Charleston in the Mountain Springs. According to Wildfire Today, the fire destroyed a commercial building and five outbuildings on the Prospect Ranch.

UPDATE CBS News at 5:29 p.m.: The U.S. Forest Service has reported that the fire has now consumed 200 acres.