Bill and Hillary Clinton Make History at the DNC 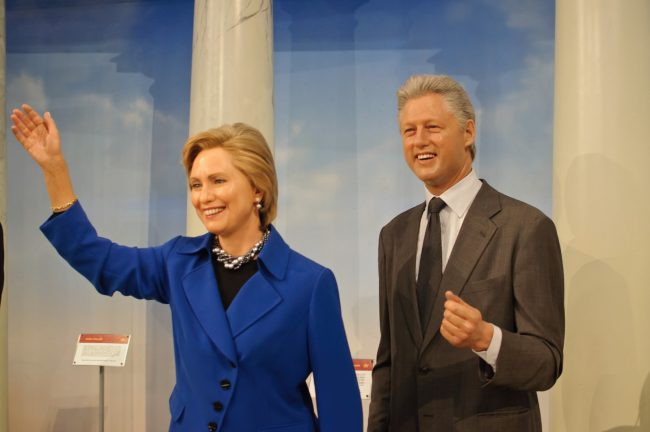 Tuesday, July 26, 2016, is the day that Democrats officially changed history when they voted to make Hillary Clinton the first woman presidential nominee. She rallied enough Democrats at the Democratic National Convention (DNC) to win the nomination. After the official head count was taken, Bill Clinton will be the first former president and spouse to make a speech as the potential first gentleman.

The Clintons have made history tonight, moreover, they hope to move forward and put the unseemly events of the convention’s opening day behind them, and focus on the next four months. Rep. John Lewis of Georgia was one of the Democrats that voted for the former Secretary of State. He believes that she is a strong enough leader to bring the people and America together.

Bill and Hillary Clinton Make History at the DNC added by Katherine on July 26, 2016
View all posts by Katherine →