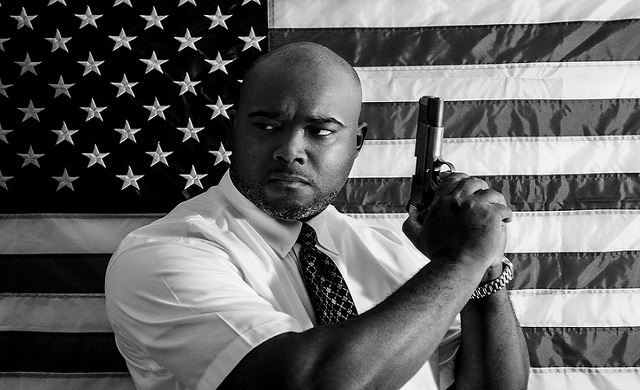 In the midst of the current American crisis of blue-on-black crime, people continue to raise the conversation about black-on-black violence. Social media “activists” have suggested that it is ridiculous for black America to expect others to value their lives when they continue to kill each other. Police brutality and peer-to-peer violence within urbanized communities are very separate issues, but the question remains:

The answer to that pretentious question is perhaps. The history of African-Americans killing each other speaks loud and clear, but the resolve is subject to interpretation. When the war turns inward, such as black-on-black violence, the result is nothing short of senseless bloodshed in the streets. However, it does not validate blue-on-black crime.

The label black-on-black confirms that racism is still a problem in America and advocates that only blacks kill their own. This phrase gives attention to the fear surrounding the African-American race and attempts to shame this community for committing the same violence as Caucasians and other races. This undeniably illustrates how much Americans have internalized a white supremacist view.

This type of inner extinction may fuel critics’ argument that black lives really do not matter. However, to suggest that this behavior is out of the ordinary only serves as a diversion from the real issue of race relations in this country while continuously waiving the responsibility of accountability away from those set to “police” the community. There is a lengthy history of recorded acts surrounding African-Americans and authority figures, which for any normal person is undeniable. It is sad that so many want to deny it, but it also supports the theory that says, “When people are privileged, equality feels like oppression.”

Critics, both black and white, have said inner-city violence fuels the behavior of law enforcement.  It is misconceptions like this that erroneously fuel America’s ignorance. Violent behavior towards the same race is not an act relegated to African-Americans. Statistics confirm racial exclusivity surrounds the majority of violent criminal activity, but strangely enough, white-on-white violence is simply called crime.

The stereotyped perception of black-on-black crime reveals how disproportionately and unjust African-Americans have been viewed in society. Systematic racism has framed the way black people are perceived, especially the masculine portion. The circumstances surrounding the death of so many unarmed black men represent a much 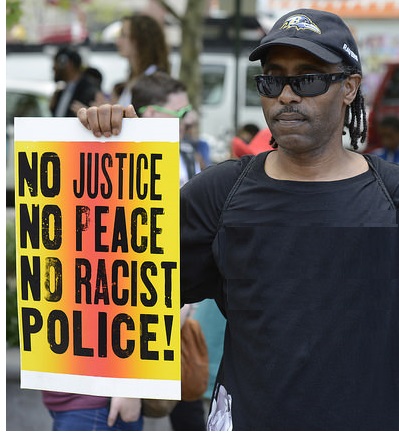 larger issue that refuses to humanize black victims due to the integral guilt attributed to a community because of the color of their skin. What causes people to shift the focus of accountability each time a black man is murdered at the hands of law enforcement? Racism.

Many have used the excuse of black-on-black violence as a justification to police brutality. The crime rate that exists within the black community is a tragedy; however, this does not justify the disproportionate number of lethal encounters with police. It is no secret that African-Americans are twice as likely to be arrested and four times more likely to be victims of unnecessary force during encounters with law enforcement.

A world filled with questions, but so few answers have left nearly an entire portion of this free country hopeless. Hope is the belief that circumstances will improve, or at least not deteriorate further, but without a strategic or methodical way to circumnavigate this detrimental landscape, hope becomes increasingly scarce. Individuals who possess hope for the future tend to have a concern about the impacts of their actions. The lack of such hope removes the specter of negative consequence from one’s mind and leaves him or her free to participate, without restraint, in criminal activity such as black-on-black violence.

America is in a state of crisis and many in the black community feel systematically trapped into what appears to be a NO-WIN situation. They have been socially engineered into this impasse and historically marked by remnants of a stereotyped path, which is perpetuated in age-old sitcoms, contemporary Hollywood films and other mediums of popular culture.

Black America has to do better by placing a greater value on African-American life and reducing the portion of violence under their control.  There is no valid argument against the “all lives matter” chant, but when a bone is broken, that is the part of the body that warrants the most attention until healing takes place.  Hence, the “Black Lives Matter” movement.

While black-on-black violence may fuel critics, it does not relinquish the problem. Police brutality is a huge problem within these United States of America, and anyone that denies that fact is a part of the problem. However, equally important are the issues of violent criminality within all communities. Until this becomes part of the ongoing conversation, change will never be realized.