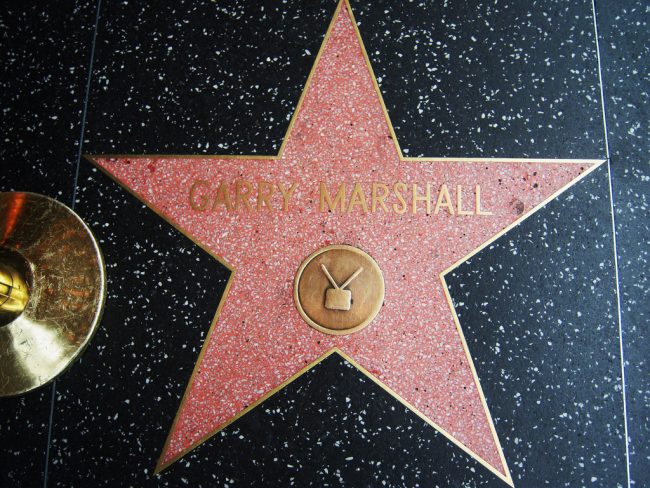 On Tuesday July 19, 2016, Gary Marshall, who was a bit of a legend with his hit films and TV shows has died at 81-years-old. He was a mentor to actor John Stamos, who remembers his mentor fondly.

According to ABC News, a spokesman for Marshall reported he suffered a stroke and was hospitalized in Burbank, Calif. He then went it ill with pneumonia, which was the cause of his death. 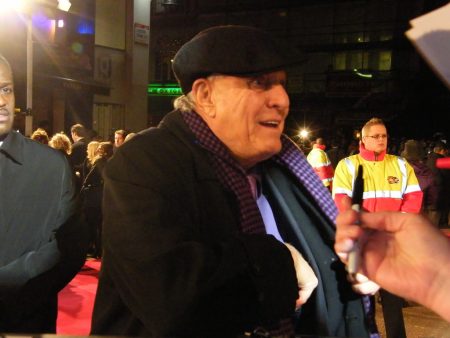 This iconic Hollywood figure, started his career in the 1950’s writing material for stand up comedians. He than went on as writing for the “The Dick Van Dyke Show,” “The Lucy Show,” and “Tonight Show” with Jack Paar. More middle age Americans remember him best for his creation of the hit TV show “Happy Days,” which début in Jan. of 1974 and starred Henry Winkler and Ron Howard. From there Marshall went on to create the popular comedic shows “Mork and Mindy,” starring Robin Williams, and “Laverne and Shirley,” which he starred his sister Penny Marshall. This legendary filmmaker, writer and director went on the creating hit movies in 1982 starting with “Young Doctors in Love.” After that hit he went to direct “Beaches” with stars Barbara Hershey and Bette Midler. The movie début the hit song “The Wind Beneath My Wings,” sung by Midler.

The iconic man-made stars out of Winkler, Williams, and Howard, who were all basically unknown to the public. The Hit film “Pretty Woman,” paved the way to fame for Julia Roberts, and the film is a favorite of every generation. The 1990’s were also very profitable for Marshall, who was a legend in his own right with direction and writing of such great creations.

According to the Hollywoodreproter.com, Stamos, who was in tears said it was always a joy to tell people that he knew him. Stamos said where ever they went together every ones’ face would light up when they saw the legend walk in, and then he would say something and every one would laugh. Stamos explained that one could not help be happy by just seeing him, and he could always make people laugh. The “Full House” actor added, the man could make anything funny;

One time I called him to ask which colors were funny. Garry said; Pink is funny. Black is funny. Blue is not funny. It’s the unfunniest of all the colors. Then he hung up.

Stamos recalled how his mentor would always leave messages on his answering machine by stating his whole name as if he were someone unknown calling. Spending time with people he cared so much about is what the “Full House” actor thinks helped him make such great movies and TV shows. Marshall was known to keep going and not worry about things he could not change. He made the most of the time he had. He believed the best way to lead was for him to set a good example. Stamos also noted he would be upset at the fact he was saddened to tears over his mentor’s death. Even with his busy schedule and long list of things he had accomplished the legend always made time for his friends. He made it a point to know what was going on in Stamos’ life and wanted to know who his friends were, and he asked about his mom often.

Marshall was a legendary filmmaker, writer, and director who made millions of people laugh and cry before his death at 81. His last accomplishment was a rewrite of “Pretty Woman” for a Broadway production. He knew how to make someone smile whether they knew him or not. The world will miss him for who he was, a truly wonderful person.

hollywoodreporter.com: John Stamos Remembers Mentor Garry Marshall: “You Have Garry to Blame for ‘Have Mercy'”

Legendary Filmmaker, Writer and Director Gary Marshall Dies at 81 added by Katherine on July 21, 2016
View all posts by Katherine →