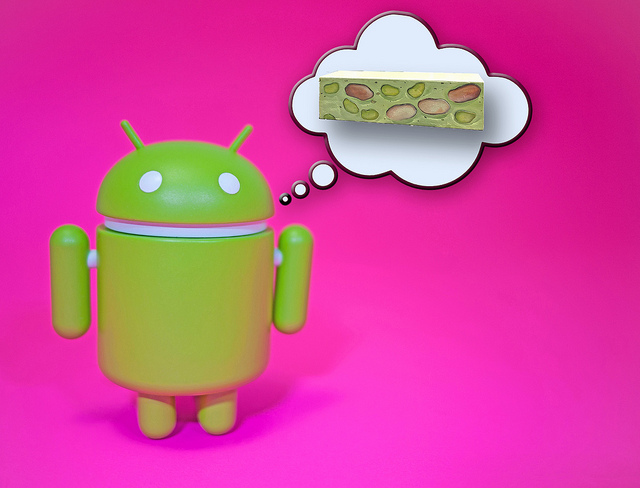 Monday, Aug. 22, 2016, was a big day for the users of the Android operating system (OS). Google Inc. launched the latest version of its mobile OS, christened Android Nougat or Android 7.0, according to Wired. Android Nougat is geared to delight its users with over 250 new features. It is a more powerful OS that promises a better user experience, as reported on the official Android blog.

Google has an unbroken tradition of naming each iteration of Android, in alphabetical order, after a dessert. The first properly named Android version 1.5 was released in 2009, according to CNET. It was officially codenamed Cupcake and set off a trend for subsequent versions, including Gingerbread, Eclair, Donut, Honeycomb, Marshmallow, Ice Cream Sandwich, Froyo, Jelly Bean, Lollipop, and KitKat. Nougat is the latest addition to this list. The OS will first grace Google’s own flagship brand of limited Nexus devices; Nexus 9, Nexus 6P, Nexus 5X, and Nexus 6, over the next several weeks. Then the OS will be rolled out for other brands, as reported by the Indian Express. Android Nougat has a host of exciting features, which is why it promises a better user experience.

Some of them are as follows:

– Use Apps Instantly Without Downloading

Android Nougat has a new feature called Instant Apps. This feature is poised to be a game-changer, according to BGR. Since it removes the inability to view or use an app without first downloading it from Google Play Store. Instant Apps makes it possible to directly test an app in the Play Store before downloading it. As a result, lots of data and time is saved. Moreover, the user is saved from downloading a boring, useless, or uninteresting app by mistake, and then becoming frustrated and deleting it later on. Hence, Instant Apps helps support the Android Nougat promise of a better user experience.

The Android OS already contains over 1,500 different types of emojis, as reported on the official Android blog. Nougat adds 72 new emojis. This includes new characters, including avocado emojis, bacon, and selfies, as reported by Mashable. Besides 12 new activities and 14 new nature and animal emojis also included. All of them look like real humans and animals, unlike Google’s yellow blobs, as reported by USA Today. This would allow users to express themselves in different and more personalized ways.

Productivity will soon be enhanced with improved multitasking in the Android Nougat. This feature, best dubbed as “old wine in a new bottle,” is heavily inspired by Windows 10, according to the Indian Express. Simply put, the improved multitasking facility will permit Nougat users to work on two apps simultaneously by splitting the screen into two halves. As reported by Mashable, both the apps could be opened in a hierarchical fashion by tapping the overview button, dragging each app to the screen, and placing the first app on top of the screen and the second one below it. Further, the size of both the screens can also be modified. Thus, with Nougat, it will be easier to upload a new profile picture on Instagram and write an urgent email at the same time, as reported by BGR.

Google has always tried improving the battery life of its Android devices. This is evident from the “Doze” app in Android Marshmallow, which was launched in 2015, as reported by BGR. The original feature puts the device in an inactive state when it is not being used. This consumed less power, hence, increasing battery life. However, in 2016, these efforts are set to reach a new level with Android 7.0. According to BGR, Android Nougat brings with it a revamped version of “Doze” entitled, “Doze on the Go.” The refurbishment apart from retaining the original “Doze” app would also make the device consume less power when it is jostling in a pocket or bag during body movement.

According to BGR, another visual treat, which Android Nougat offers, is a virtual reality (VR) platform, branded “Daydream.” This is a single unified hardware and software platform, which is compatible across all devices, running the latest OS, regardless of the brand. So, LG, Samsung, or any other vendors only need to sync their manufactured devices to a singular VR platform developed by Google. This will iron out any possible anomalies in the function of the software that either the users might complain about or could prove detrimental to the VR market in the long-term.

Android Nougat has more advanced and smarter notification controls. According to Mashable, the users will be able to view and reply to texts, emails, and a host of other notifications directly from their currently used app. In other words, Nougat would eliminate the need to do so without having to switch between apps.

– “Behind the Curtain” System OTA Updates

Finally, amidst all furor, surrounding the launch of the new OS version, Google has ensured that the security aspect in Android Nougat remains uncompromised, as reported on the official Android blog. Seeking inspiration from Google’s Chrome OS, the system OTA, or Over-the-Air updates, for Android 7.0 will download and install from “behind the curtain,” over Wi-Fi. This is a major and more time-saving change from the normal scenario. The entire process is completed after turning off the device and then switching it on, as reported by BGR.