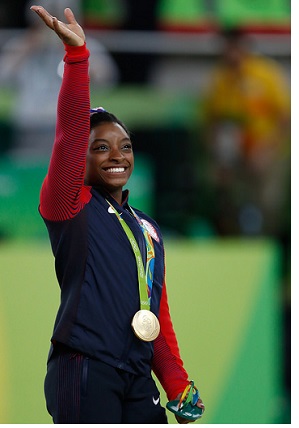 The Olympic Games have grown to become the world’s preeminent sporting competition. Millions of people around the world have found themselves huddled in front of a television over the past few days watching the lightning fast coverage of the 2016 Rio Olympics. The XXXI Olympiad comes complete with intense competition, realized defeat, and examples of overcoming hardships. Whether rooting for Brazil, Spain, Japan, or the good ole’ USA, this is a great time to focus energy on achieving personal  Olympic-size goals like the athletes you support.

While many are engrossed in the game, it is the personal stories of the athletes that peak my interest. The amount of social and emotional tragedy some of these athletes have had to face in pursuit of Olympic gold is amazing. Some had to be separated from their families or were forced to navigate through war-torn homelands. Others have had to endure physical pressures due to previous injuries that once threatened to end their careers. Whatever the journey, they have one thing in common; each athlete has paid a significance price complete with innumerable sacrifices in order to compete.

While watching the Olympics several principles appeared universal and consistent to many of the athletes mentioned in the games. Here are four empowering points to remember when trying to achieve Olympic-sized goals like a champ:

I may not know your favorite sport or Olympic event, but I believe most have watched a few games lately. While enjoying the host of pageantry this international stage brings, make sure you do not miss the deeper meaning. We are watching the result of journeys that have cost participants greatly. For some, their process prevented them from living a normal childhood. However, the payoff is more than compensation as they stand with their goals accomplished as the world celebrates.

As the XXXI Olympiad nears its end, the energy does not have to fade. With dedication, a reality check, the necessary sacrifices and a focus-forward mentality, we all can accomplish great things in our lives and achieve Olympic-sized goals like a champion.