Zika Virus or the Disease of Negativity, Which Is Worse? 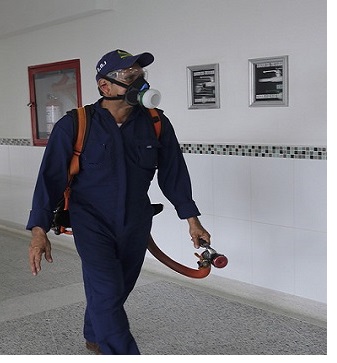 In recent months, the reality of the Zika virus has swept the globe. From Brazil to Africa and the great USA, millions of people are on high alert for this deadly disease. While the threat is serious, there is something far more dangerous lurking in our midst.  When asked if the Zika virus is worse than the disease of negativity, the answer may be surprising. The airborne disease of negativity will kill millions of more dreams this year than the Zika virus could ever effect.

A couple of years ago Hollywood studios released a blockbuster film that is currently up for several awards called “Contagion.” With heavy hitters like Matt Damon, Gwyneth Paltrow and Laurence Fishburne as the main cast, they attempt to follow a web of infected individuals as a pandemic erupts across the world. This incredibly strong strand of flu virus that seems to originate from an animal spreads like wildfire from the shores of Hong Kong, San Francisco, and Chicago and everywhere in between.

Every day all of humanity is only a few steps from a disease that can take them out. In recent reports on news outlets, people have witnessed firsthand the dangers of bacteria and germs that find their way into our homes and in our foods. This got me thinking about another airborne disease that gets very little press; the germ of negativity! It is a scary thought that every person we meet could be a carrier of the disease of negativity. Worse, these infected could pass it on to travelers, hospitals, schools, churches and cause a widespread panic. Every sneeze is causing suspicion as to whether or not you are the next victim.

The dictionary describes negativity as an unpleasantness, lacking positive or constructive features. This can potentially describe most of the people we communicate with on a daily basis, or sometimes ourselves. All you have to do is look at a local news show and realize the ratio of positive and negative reports are grossly disproportioned. While we have done all we can with hand sanitizer and flu shots, we have neglected to protect ourselves from the deadliest disease of all. There are no statistics to show a number of dreams, visions and potential that has been destroyed by the illness of negativity. Just as with any disease, knowledge, prevention and a little precaution will go a long way to keeping you symptom-free.

Here are a couple of daily tasks you can use to keep the disease of NEGATIVITY away:

Notice the symptoms of the Flu, according to the CDC, are fever, lethargy, lack of appetite and coughing. Some people with swine flu also have reported runny nose, sore throat, nausea, vomiting, and diarrhea. All of these are an internal breakdown that begins to exhibit themselves externally. Be careful my friends, those “hosts” that carry this “NEGATIVITY” bug have very similar symptoms that you internalize and it eventually eats away your immune system. In the movie “Contagion” the scientist worked tirelessly to discover the patterns and weaknesses of the germ as well as its origin. Once they discovered this, they were able to successfully draft an antidote for the masses. The only inoculation available for negativity is the right attitude about the past,  current situations, and the struggles on the horizon. Get your shot TODAY!

One Response to "Zika Virus or the Disease of Negativity, Which Is Worse?"