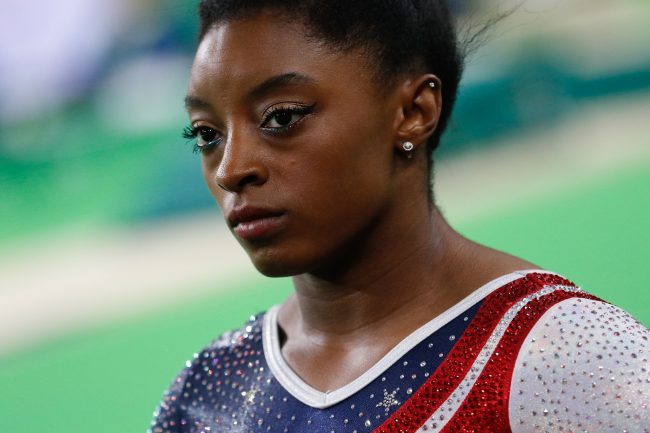 Comaneci is a Romanian athlete who was born on Nov. 12, 1961, in Onesti, Romania. The gymnast made history at the 1976 Montreal Olympics when she became the first athlete to receive a perfect score of 10 in an Olympic gymnastics event. In Canada, when Comaneci was only 14 years old, she won a total of five medals; three gold, one silver, and one bronze. Due to her Olympic success, the gymnast was the 1976 BBC Sports Personality of the Year in the overseas athletes’ category. She also received national recognition.

As a result of her immense success, Comaneci is one of the best-known gymnasts in the world. Moreover, according to CNN, in 2000, the Laureus World Sports Academy named her as one of the Athletes of the Century.

After retiring, she became an international ambassador for the sport that made her a legend. Currently, she lives in the United States, where she and her husband Bart Conner, own a gymnastics academy and several sports equipment shops.

Biles was born on March 14, 1997, in Columbus, Ohio. She made history for the USA gymnastics team at the 2016 Rio Olympics when she won five medals; four gold and one bronze. Biles is the first athlete who won four Olympic gold medals at a single competition since 1984.

Throughout her career, Biles secured 23 medals, making her the most decorated American gymnast:

After her incredible performance in Rio, which placed her among the gymnastics elite, specialists compared Biles to Comaneci and other great athletes of all time, such as Larisa Latynina, Ecaterina Szabo, and Daniela Silivas. There were even voices that declared her the best gymnast ever.

However, a comparison between the 19-year-old American and her predecessors is impossible as gymnastics has come a long way. The competitions held four decades ago have few aspects in common with the ones organized now, therefore, Biles should not be compared to Comaneci. From 1970-1980, the exercises were graceful and fluid, while currently, the accent is on the difficulty of the elements that compose the routines.

Moreover, it is clear that Biles concentrates more on her strength. She puts power in her routines to excite the audience. On the contrary, according to The Boston Globe, Comaneci amazed with “graceful, fluid movements and unmatched steadiness.”

Over the last 50 years, gymnastics have evolved enormously, along with the scoring system. Biles is not able to make a perfect 10, as Comaneci did in 1976. Currently, the final score is the sum of the execution and difficulty scores. However, the Romanian gymnast, who knows something about the perfection of gymnastics, declared that Biles deserved a 10 for her floor routine in Rio. Moreover, Comaneci affirmed that only time would reveal if the Romanian athlete is the best of all time. According to Indian Express, Comaneci stated that the floor is the apparatus where the American proves her superiority.

Gymnastics have evolved greatly, as it appears in the videos below, the exercises of Biles and Comaneci have few aspects in common. Therefore, there should not be a comparison between the two .

The Romanian was the gymnast of the moment, 40 years ago, while the American is making history right now. Each of them will remain in the gymnastics chronicles among other important figures of this gracious sport. Biles and Comaneci should share the wall of fame, not fight for its greatest spot.