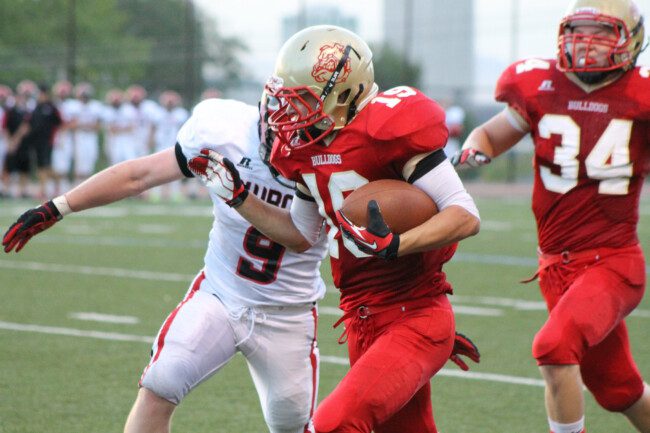 The History of Football

Football, inspired by the game of rugby, originated in the second half of the 19th century. Although it attracted a large number of spectators, football was a violent game and had some opposition. For example, in 1905, after 19 players died during the three-month season, U.S. President Theodore Roosevelt threatened the Football League to prohibit the game if there would not be any changes.

Until the 1950s, football was more than an intercollegiate sport. Once professional football gained national popularity, and the championship of the National Football League (NFL) experienced great success.

Summary of the NFL

The regular season takes place from the week after Labor Day to the week after Christmas, and it culminates at the Super Bowl game. The Super Bowl puts the winners of the two conferences face to face. The 2016 NFL regular season started on September 8. The postseason will begin in January 2017. On Jan. 7 and 8, 2017, the Wild Card playoff round will take place. A week later, the Divisional round games will occur. On January 22, the Conference championships matches will be held. On the last Sunday in January, the Camping World Stadium will host the 2017 Pro Bowl. Super Bowl LI will decide the NFL champion on Feb. 5, 2017.

The first 16 matches of the regular season ended, 16 teams making a step ahead toward qualifying for the playoffs and the Super Bowl LI.

The 2017 Super Bowl LI will decide the winner of the 2016 NFL season. According to CBS Sports, the New England Patriots are the favorites to win the title. Also, the Seattle Seahawks, the Arizona Cardinals, and the Green Bay Packers are favored to succeed. On the other hand, the teams least favored include the Cleveland Browns and the San Francisco 49ers. However, CBS Sports considers that they will be unable to resist the tough path to the final.

The 2016 NFL regular season will take place from Sept. 8, 2016, to Jan. 1, 2017. The Super Bowl LI will decide the champion on February 5, during a game that will trigger a lot of public attention, as it does every year.