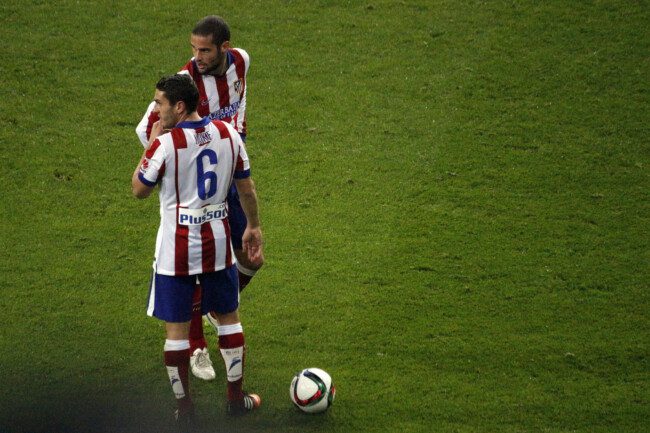 Ivan Rakitic scored with a header in the first half, giving Barcelona the advantage before halftime. However, Atletico Madrid started the second part determined to modify the scoreboard.

Antoine Griezmann wasted an opportunity in the first minute of the second half, but 15 minutes later, Angel Correa scored securing the draw result. Although the team, managed by Luis Enrique, had several free-kicks in the last 20 minutes of the derby, the scoreboard remained the same.

According to Futbol Club Barcelona, 1-1 is the most frequent score of the derbies between the two teams. However, it was the first draw between Barcelona and Atletico Madrid since 2014.

The first derby of the 2016-17 La Liga season was the 80th match that took place at the Camp Nou Stadium between Barcelona and Atletico. It was also the 19th draw result between the two teams.

On Sept. 21, the match between Real Madrid and Villareal also ended with a draw. At the Santiago Bernabeu Stadium, Zinedine Zidane’s crew could not win against Villareal.

However, Real Madrid is the ranking leader of the La Liga. As of this report, the team obtained 13 points after four victories and a draw. Its runner-up is Sevilla. FC Barcelona occupies the 3rd position, with 10 points, while Atletico Madrid is in the 4th place.