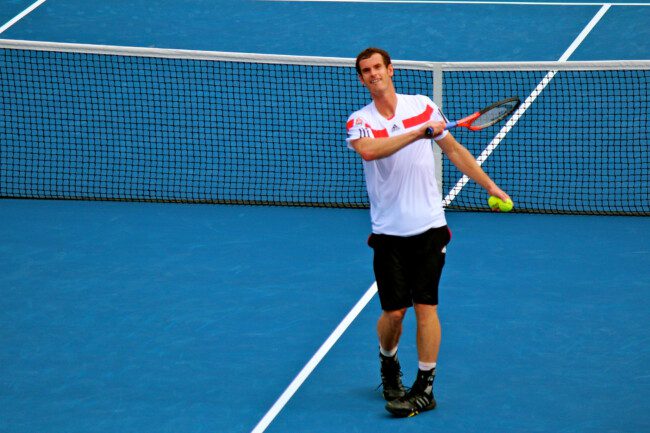 On Oct. 7, 2016, the China Open arrived at the stage of the semifinals. The men’s championship final will take place on October 9, at the National Tennis Center in Beijing, China.

In the first semifinal, Andy Murray will confront David Ferrer. The British tennis player made it into the top four, after beating Andreas Seppi and Andrey Kuznetsov, in the first two rounds. Also, in the quarter-finals, Murray defeated Kyle Edmund, in 2 sets. The scores were 7-6 and 6-2.

On the other hand, Ferrer qualified for the semifinal after defeating Pablo Cuevas and Fabio Fognini, in the first two stages of the tournament. Moreover, in the quarter-finals, the Spanish athlete defeated Alexander Zverev, the player who won the St. Petersburg Open. The scores were 7-6, 1-6, and 5-7.

In the second semifinal, Milos Raonic will compete against Grigor Dimitrov. In the first two rounds, the Canadian tennis player obtained victories from Florian Mayer and Malek Jaziri. Raonic also defeated Pablo Carreno-Busta in the quarter-finals of the China Open. The scores were 4-6 and 4-6.

The Bulgarian athlete qualified for the semifinal after winning against Steve Johnson and Lucas Pouille, in the first two stages. Moreover, in the quarter-finals, Dimitrov beat Rafael Nadal, in 2 sets. The scores were 6-2 and 6-4.

The 2016 ATP China Open is the 18th edition of the tournament. The winner of the 2015 championship was Novak Djokovic. Although he was the four-time defending champion, the Serbian tennis player withdrew from the event, due to an elbow injury.