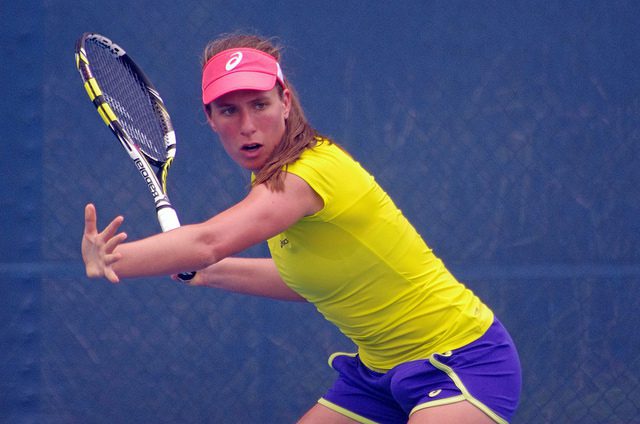 On Oct. 7, 2016, the WTA China Open reached the semifinals stage. The best four competitors will fight for a spot in the final, which will take place on October 9, at the National Tennis Center in Beijing, China.

In the first semifinal, Elina Svitolina will face-off against Agnieszka Radwanska. The Ukranian qualified after defeating Tatjiana Maria, Sabine Lisicki, and Angelique Kerber, in the first three stages of the tournament. Moreover, in the quarter-finals, Svitolina won against Daria Gavrilova, in 2 sets. The scores were 7-6 and 6-1.

On the other hand, Radwanska made her way to the WTA China Open’s semifinals after beating Qiang Wang, Ekaterina Makarova, and Caroline Wozniacki, in the first three rounds. Furthermore, in the quarter-finals, the Polish defeated Yaroslava Shvedova, in 2 sets. The scores were 6-1 and 6-2.

In the other semifinal, Johanna Konta will confront Madison Keys. The British tennis player qualified for the semifinal after beating Anastasija Sevastova, Timea Babos, and Karolina Pliskova, in the first three rounds of the competition. Moreover, in the quarter-finals, Konta beat Shuai Zhang, in 2 sets. The scores were 6-4 and 6-0.

Keys reached the semifinals after defeating Ying-Ying Duan, Kristina Mladenovic, and Svetlana Kuznetsova, in the first three rounds. The American also won against Petra Kvitova, the winner of the Wuhan Open. The scores were 6-3, 6-7, and 7-6.

The 2016 China Open is the 20th edition of the tournament. The winner of the 2015 championship was Garbine Muguruza. She missed the chance to defend her title when she was defeated by Kvitova in the third round.