In this ever-evolving technological age, emerging concepts in green technology continue to be developed and explored. This is a fortunate turn of events, given that global warming and climate change are realities that must be addressed and remedied, despite continued objections from deniers. The environment is already suffering the consequences of human neglect and absorbent use of nonrenewable energy resources (i.e. fossil fuels), which have not only depleted these materials but have also contributed to the pollution of said environment and depletion of the ozone layer. That being said, here are some emerging technologies that could generate new energy sources and save the environment.

1. Thermo-Depolymerization–This is the process by which any carbon-based waste can be used to manufacture oil via adding sufficient heat and pressure. With thermo-depolymerization, the process replicates how nature produces oil, but this rapid-fire method allows the process to be hastened in order to achieve the same byproduct. Imagine using this emerging technology to produce 600 pounds of petroleum from a large collection of poultry entrails. What a creative solution and innovative use of repurposing for the sake of the environment!

2. Hydrogen Fuel Cells–This emerging green technology that could save the environment is considered a pollution-free alternative to the use of fossil fuels. As readers should recall from basic chemistry, water is produced by combining oxygen and hydrogen. This is an example of an exothermic reaction. During this process, extra heat is produced and as a result, electricity is generated. However, there are issues with this method that must be addressed. Namely, procuring the hydrogen required for these fuel cells. Hydrogen molecules must be extracted from sources, such as water and alcohol, to provide the materials needed for the fuel cell. Most of these extraction techniques require the use of other energy sources, which defeats the purpose and advantages of this so-called clean energy. Experts in the alternative energy field remain divided over the issue of hydrogen economy and whether or not this technology can ever be fully realized. 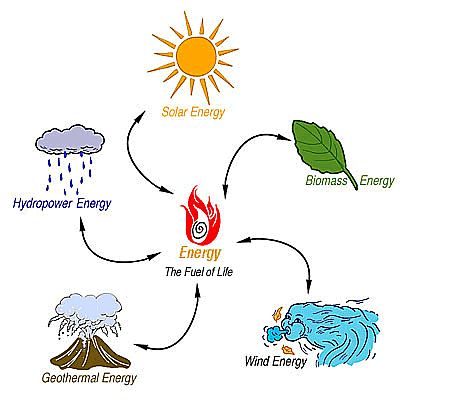 3. Ocean Thermal Energy Conversion–Oceans occupy approximately 71 percent of the planet’s surface and about 97 percent of Earth’s water is contained within the oceans. As a result, it stands to reason that the oceans are the largest solar collector on Earth. In fact, it has been estimated that the oceans absorb enough heat from the Sun to equal the thermal energy contained in 250 billion barrels of oil each day. To fully understand the enormity of this estimate, the U.S. consumes approximately 7.5 billion barrels of oil annually. Therefore, if this technology could be developed to harness the energy emitted by the Sun and absorbed via the oceans, it could procure more than 33 times the power in a single day than the nation uses in petroleum products in an entire year. Talk about food for thought!

Ocean thermal energy conversion (OTEC) technologies convert the heat contained in the oceans and transform it into electricity via using the temperature difference that exists between the water’s heated surface and the cooled ocean bottom. As a result, this temperature difference can operate turbines and power generators. The main pitfall of this emerging technology is that it is not efficient enough to serve as a major catalyst for generating energy.

While some continue to deny the existence of climate change and global warming, the impact of neglectful practices and excessive use of fossil fuels are modern-day realities that continue to plague and corrupt the environment. Luckily, emerging concepts in green technology continue to be developed and explored. The perils of these issues must be addressed and remedied, for the sake of humankind and future generations. In that vain, this article addresses three emerging technologies that could generate new energy sources and potentially save the environment.