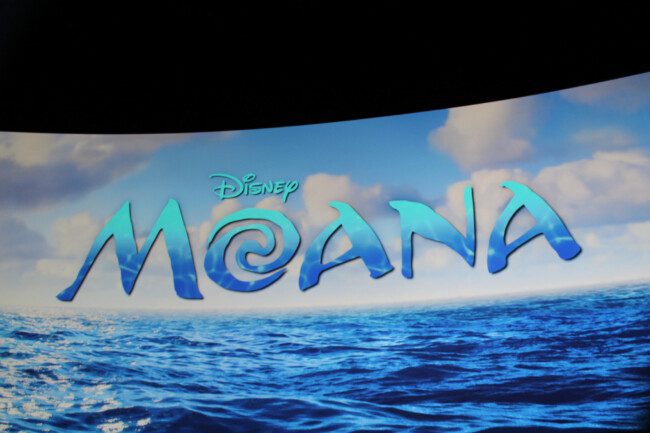 “Moana,” Disney’s new movie based on a Polynesian Myth, took in $2.6 million on Nov. 22, 2016. According to Variety, the movie starts around 1,000 years ago, in a real place and time period. Bill Schwab, art director of characters, stated it is based on real stories, facts, and legends.

Furthermore, Ian Gooding, production designer, said that the islands in the film represent real places. They gathered most of their information for the fictional island, from Samoa. This served as the model, which the fictitious island, Motunui was designed after.

“Moana” centers around a spunky 16-year-old heroine, who is the daughter of the chief Tui, of an island in Oceania called Motunui. Hawaiian actress, Auli’i Cravalho voiced the part for Moana, whose name literally means ocean. The sassy princess’ adversary is a mischievous demigod named Maui, who is voiced by Dwayne Johnson.

The Production Team Went for Authenticity

The design team of “Moana,” which included Gooding, Schwab and Andy Harkness, director of color and environments, felt it was important to get the characters and their native locations right. Schwab stated that the people and places are beautiful and wanted to try to make the film feel believable and unique to the area.

This thought was conducive throughout the team. Directors John Musker and Ron Clements and several crew members took multiple trips to the South Pacific to research the culture, people, and the island itself. This resulted in the design team fashioning Moana’s world after the experiences they encountered.

According to Gooding, specificity such as Maui’s tattoos and the fictional island, Te Fiti, based on the real life, Tahiti, which helped keep things organized. The demigod’s body art alone took lots of studying, Gooding stated:

If you look up Samoan tattoos online, you’ll get Samoan tattoos — but you also get ones that have ‘The Lion King’ theatrical logo on them or other crazy things. You have to learn about things specifically, so that you can look at one tattoo and say, ‘Oh, that’s a Tahitian tattoo, and that one’s from Tonga. At that point, you can start designing.

According to Variety, research happened way before anyone went to the South Pacific. Matter of fact, in 2012, Gooding had been pulled from the production of “Wreck-It Ralph” to work on “Moana.” At the time there was only an idea of a girl at sea on a boat. However, soon enough, the story broaden as more people joined the production team.

The Journey of Moana and Maui

At the beginning of the movie, the island goddess Te Fiti is believed to have created all the islands and life that inhabits them. This is made possible by the power of her heart, a green glowing pebble. However, the power was taken away by the fun-loving shapeshifting demigod, Maui. The mischievous demigod stole it because he wanted to give the power of creating life to humans. Unfortunately, as Maui tries to escape, he loses the pebble in the ocean after a large lava monster, Te Ka, hits him.

Moana receives help from the ocean, aka Te Fiti, who comes alive in front of her when the princess is only a baby. Te Fiti gives the glowing pebble to Moana, but her little hands are too small to hold it and she drops it in the sand. Therefore, the young princess’ grandmother keeps it safe for her, in a necklace, until Moana comes of age. When Moana comes of age she must make a choice that will carry her out to forbidden ocean.

Fast forward a thousand years, where the spunky heroine princess, Moana, faces the challenge of getting the stone back, as she gets ready to step into her father’s shoes and lead her people. The princess has always wanted to travel past the barrier reef that surrounds their island and go out to sea. However, her father has always forbidden it because of a tragic event in his life that ended with the death of his friend, while on an ocean journey. Moana’s grandmother encourages the young princess to travel past the reef to save their people. She must find Maui and make him return the glowing heart of Te Fiti.

Even though Disney has been known to make movies with princesses falling in love with charming fellows, Moana is independent and not in search for love, rather, she is in trying to save her people. The teenage heroine takes on insurmountable tasks, including fighting a band of tiny deadly pirates to save the heart of Te Fiti. Moana is strong, confident and unshaken by danger. She is full of compassion and love, which makes her the perfect hero for young girls to emulate.