The Tomb of Jesus Revealed 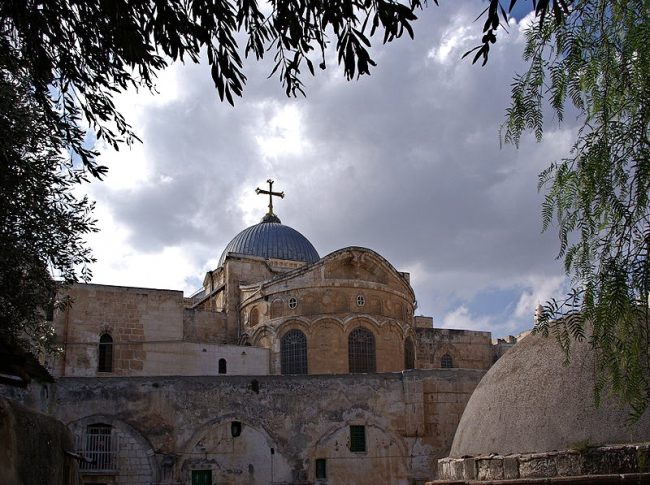 It has been 1,700 years since Emperor Constantine built the Church of the Holy Sepulcher, where the tomb of Jesus was revealed. The emperor believed Joseph of Arimathea placed the body of Jesus inside the church, according to CBN News.

Workmen, under the watchful eye of The National Geographic, have gently removed the marble slab that laid on top of the tomb. This heavy piece of marble has laid on the tomb of Jesus since 1555 A.D. Fredrik Hiebert, a National Geographic archeologist-in-residence, said he was profoundly astonished by the find.

The Tomb of Jesus

Hours of examination of the tomb of Jesus led the team of researchers to announce their revelations. Hiebert says, they are not 100 percent sure, but it appears the location of the tomb has not shifted. He also said that scientists and historians have wondered this for decades.

The tomb of Jesus revealed a layer of fill material. After hours of labor, workers exposed an entirely different marble slab with a cross carved into it. Workers also found, in the tomb of Jesus, three crosses and some iron nails. After high anticipation, of those watching, they finally uncovered what they believe is the original limestone burial bed of Christ.

Christian tradition states that the body of Jesus Christ laid on a shelf, or burial bed, carved into the side of a limestone cave. This happened after the Romans crucified him, around 30-33 A.D. According to Christian faith, Jesus was resurrected after his death. As the story goes, a woman who went to anoint Jesus’ body, three days after he was buried, said there were no remains in the tomb.

In the Gospel of John, 19:38-42, it is written that Joseph of Arimathea, a disciple of Jesus, asked Pilate if he could take the body of Jesus away. He was given permission and took Jesus’ body.

Nicodemus brought a mixture of myrrh and aloes. He brought about 100 pounds of them. They both took the body of Jesus and bound him in linen covered in spices; this was a custom of the Jews. A garden grew in the place where he was crucified. The tomb sat in the garden no one had yet laid in. This is where John and Nicodemus placed the body of Jesus Christ. 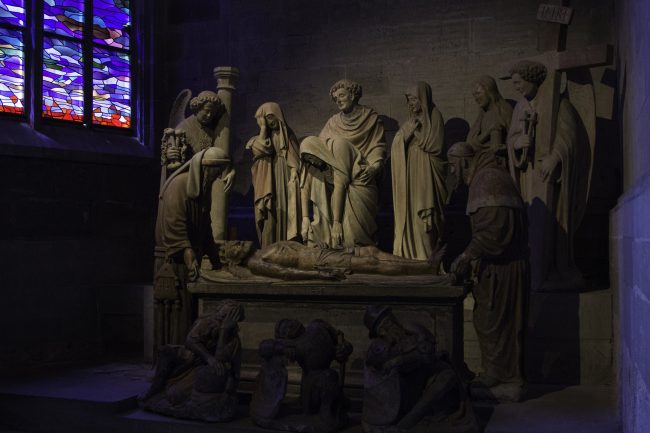 Scientists from the National Technical University of Athens are trying to repair a structure that protects the tomb of Jesus called Edicule. This is from the Latin word, aedicule that means little house. The last dated work to the structure was between 1808-10.

In the 19th-century, Edicule suffered structural integrity, from an earthquake, in 1927. The building was shored up, in 1947, by the British authorities. Lack of financial resources and difficulties had put a stop to the repairs.

Antonia Moropoulou, the leader of the restoration project, said they will have to remove the marble and stone slabs. She went on to say they will also inject grout into them. This process will homogenize the complex structure.

People working on the project say that it is more than just a job. Vasyleyos Zafeylys, a Greek civil engineer, says he is a Christian Orthodox. He also said, he has worked on projects like this, but this is a special one. He believes he cannot go to another project that will be bigger and better than this one. Moropoulou said, it is a collaborative effort, but everyone near the archeological find feels the value of the holy tomb giving the resurrection message.

The churches’ communities agreed to restore the church, in March of 2016. Completion of Edicule is scheduled for spring of 2017. The $4 million-plus project has major backers such as royal benefactors from King Abdullah II of Jordan. Mica Ertegun gifted $1.3 million to the World Monument Fund in support of the endeavor.