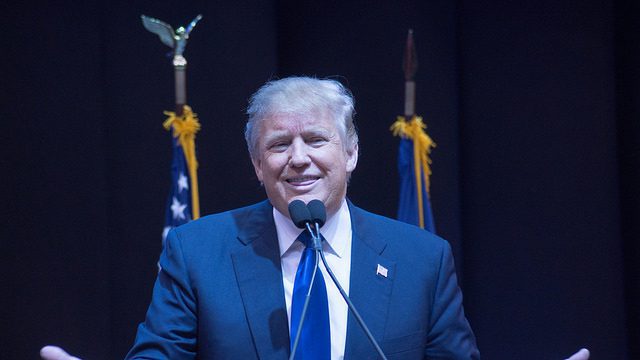 Donald Trump is seemingly at odds with the Russian hacking situation with a key advisor and the Congress. James Woolsey, who serves in an advisory capacity for the incoming Trump administration, has opined that the Russians could certainly have been behind such an attack. CNN reported on Jan. 2, 2017, that Woolsey, a former director of the Central Intelligence Agency, said in an interview that “I think the Russians were in there.”

Such a statement creates a de facto contradiction to the president-elect’s position regarding the lack of Russian interference in the U.S. election. Further, Woolsey, while acknowledging the difficulty in determining the identity of the hackers, further opines that there may have been other sovereign actors involved.

The CNN report further indicated that the malware trace directed inspectors to specific keyboards that contain Cyrillic characters. Cyrillic is the alphabet used in many Slavic speaking countries, including Russia, which is a figurative ‘digital fingerprint.’ As recently as Dec. 31, 2016, President-elect Trump said “I know a lot about hacking. And hacking is a very hard thing to prove. So it could be somebody else.”

In addition to being at odds with his advisor, Trump seems at odds with members of his own party in the U.S. Congress concerning on Russian involvement in hacking. Key Republican Senators, Lindsey Graham and John McCain believe CIA reports that the Russians are the invisible hand that guided the attack. McCain chairs the Senate Armed Services Committee, and Graham is a member of that committee. Both men bring experience and bona fides to bear on the president-elect. McCain ran for President against Obama in 2008, and Graham ran in the presidential primaries against Trump last year. McCain has promised hearings this week on this “Russian act of war” by his committee.

Trump’s additional comments, in connection to his unique knowledge of the hacking, “You’ll find out on Tuesday or Wednesday” was the proffered response, creates a wait-and-see environment. Director Woolsey said that the president-elect seems to employ the bob-and-weave in his general comments to the media.

He will have a formidable task as far as the Senate is concerned. Republican Senator James Lankford, a member of the Senate Intelligence Committee, also believes that the Russians were involved in the hacking but is willing to wait and see what Trump says in the coming days. The House of Representatives is also Republican-controlled. The new Congress swearing in is Jan. 3, 2017. There is talk that once sworn in, one of its first acts will be to issue a non-binding resolution to deal with the Russian hacking, setting itself at odds with Trump.

The belief that the Russians were involved transcends party lines. The Democrats, now the party without control of either the legislative or executive branch, are seemingly ignored in this debate. Democrats also join the voices of those at odds with the incoming president and in concert with the transition team advisor and the Republicans in Congress on Russian involvement in the hacking scandal. As the hacking saga continues, Trump blames Democrats for continuing to push the story in order to divert attention away from the real reasons for Hillary Clinton’s election loss.

Adam Schiff (D-Calif.), is the ranking member of the House Permanent Select Committee on Intelligence. His Facebook page provided the statement that “What the Russians did when they meddled in our elections was utterly unprecedented and must be answered.” On December 11, 2016, he wrote, “There is absolutely no doubt the Russians hacked our democratic institutions.”

The intelligence community has said that the Russians hacked and involved itself in the presidential elections. Congress seems to believe them concerning Russia’s involvement of election-hacking.