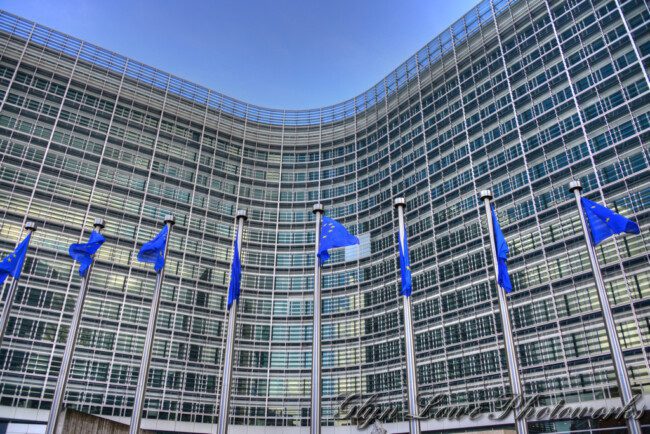 On Friday, March 24, 2017, the European Union (EU) decided to extend its support for the Organization for Security and Cooperation (OSCE) Special Monitoring Mission’s (SMM’s) use of satellite surveillance in the Ukraine conflict. This support will come in the form of 3 million euros ($3.2 million US funds) and will be distributed through the European Satellite Centre (SatCen).

Frederica Mogherini, High Representative of the European Union for Foreign Affairs and Security Policy, commented on the extension saying:

The use of satellite imagery allows for more in-depth monitoring of the situation in areas where regrettably monitors still do not have access to, and also for a more efficient deployment of monitors in general.

The extension by the EU’s Instrument contributing to Stability and Peace (IcSP) will provide needed funding for the OSCE to continue its satellite monitoring mission. SatCen will conduct the satellite surveillance and provide imagery and analysis to the OSCE. SatCen will also provide technical support to OSCE so that they may have better surveillance capabilities. This extra support will come in the form of “Unmanned Aerial Vehicles, night vision cameras, sensors and other monitoring means.”

The conflict in Ukraine has killed more than 9,800 people including both Ukrainian government forces and separatist rebels since April 2014. In a report released by the OSCE SMM on Thursday, March 23, it was announced that there has been “a sharp increase in the number of ceasefire violations in both Donetsk and Luhansk regions compared with the previous reporting period.” The report also shows that on both sides of the contact line, there has been an increase of damage to civilian houses and general infrastructure. SMM has also experienced restrictive travel to areas not controlled by the government and on certain portions of railway.

Denial of access to certain areas continues to be a major challenge for SMM. Recently at the border of the Stanytsia Luhanska disengagement area, an armed Luhanska People’s Republic (LPR) member reportedly “aggressively” discouraged the SMM from going any further into an area known to have previously consisted of summer homes. The reason provided to the SMM was that the LPR could not guarantee the safety of the monitoring team due to the high number of mines and other unexploded ordnances (UXO) in the area.

This extension of support by the EU and subsequently the IcSP will provide OSCE with the means to continue monitoring the conflict in Ukraine via satellite. The IcSP has provided 30 million euros (about $32.5 million US funds) since beginning its support of the mission in April of 2014. This most recent disbursement of 3 million euros ($3.2 million US funds) is meant to fund the operation until March of 2018.

Organization for Security and Cooperation in Europe Report:  Latest from OSCE Special Monitoring Mission to Ukraine (SMM), Based on Information Received as of 19:30, 23 March 2017