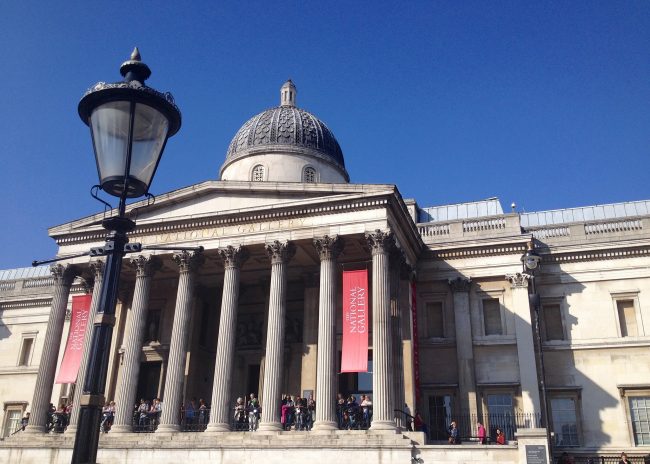 On Monday, March 20, 2017, Westminster Magistrates heard a case involving a man accused of vandalizing a painting in the National Gallery. Keith Gregory, 63, was observed complaining about tourists taking pictures of a Gainsborough painting titled, “Mr and Mrs William Hallett,” before attacking it. The painting is also commonly known as, “The Morning Walk.” A spokesperson for the museum in London said that “the damage is limited to two long scratches which have penetrated the paint layers, but not the supporting canvas.” The painting is estimated to be worth £10 million (about $12.5 million US funds).

A witness explained: “I was wandering with a friend through the gallery when one of the staff shouted at everyone to move aside. An older man, surrounded by about eight staff, was quickly taken past us.” Gregory was apprehended with the help of tourists that were nearby.

During the hearing before the Westminster Magistrates it was explained that on Saturday, March 17, while in the National Gallery in London, Gregory vandalized the painting by marking it with an x-shaped scratch measuring 100cm by 65cm. Gregory did this using a drill bit that he apparently was carrying with him. As Gregory was apprehended, he also claimed to have in his possession a knife and a bomb. These claims were later found to be false. The entire east wing of the gallery was evacuated for two hours (2:15 p.m. – 4:15 p.m.) following the strange event. 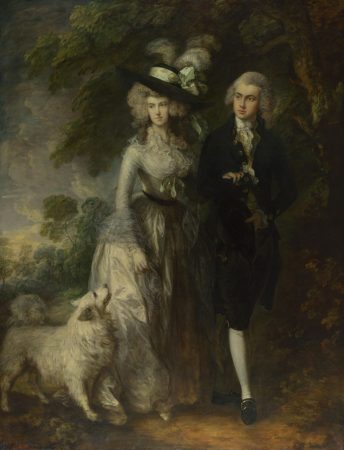 A spokesperson for Metropolitan Police made a statement saying that on Sunday, Gregory was formally charged with causing criminal damage to the painting. Gregory is regarded as a homeless man in London, however, during the hearing on Monday he claimed to be a millionaire. The prosecutor for the case, Malachy Packenham, did note on Monday that while the damage is significant, “Luckily, the canvas that Thomas Gainsborough used all those years ago was quite a robust canvas and it did not tear.”

At the hearing, Gregory denied legal representation deciding to represent himself. The charge was not formally “put against him.” Packenham explained that last November Gregory had “effectively absconded” from Northampton’s psychiatric center and had been roaming freely since that time. This fact may explain the erratic behavior displayed by the accused. Gregory will be placed in a secure unit at Berrywood Hospital, Northampton, until April 20, at which time a pre-trial hearing will be held at Southwark Crown Court.

The 1785 painting, “The Morning Walk” has been taken down from its longtime position opposite Joseph Turner’s well-known, “The Fighting Temeraire” to have the extent of its damage fully examined. The painting has been in possession of the National Gallery for over 30 years. The museum purchased it for £30,000 ($37,540.95 US funds)  in 1954.  It is considered one of Gainsborough’s most famous paintings. It famously made an appearance in the 2012 James Bond film, “Skyfall.” In the film, it appears behind Daniel Craig during a clandestine meeting with Bond’s tech-savvy colleague, Q.

After Westminster Magistrates heard the National Gallery case regarding the vandalized painting, the outcome of a trial appears uncertain. The fact that Gregory had escaped from a psychiatric hospital just months before the incident, may bring into question any motivation he might have for damaging the painting. At the pretrial hearing in April, the Southwark Crown Court will have to decide whether to move forward with formally charging Gregory.

The Sunday Times: ‘Millionaire’ in Court Over Attack on Gainsborough Masterpiece