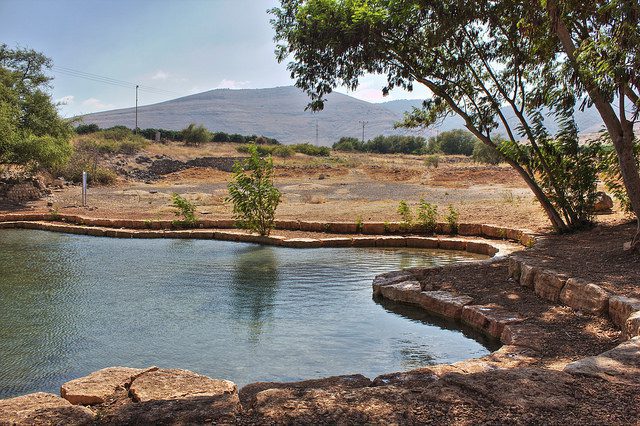 Israel’s proposed “Garden of Eden” for the disabled is causing a controversy among those who serve and advocate for the disabled. The project, a community for the physically and mentally disabled, is being built in the Ilanot Forest in Kadima-Tzoran. The official name of the 10-acre neighborhood is Kiryat Olga.

The neighborhood will be comprised of accessible residences for the disabled, student dorms, and public buildings. The 110 units will all be smart homes, allowing residents to easily operate the lighting, entryways, air conditioners, televisions, and other systems within the homes. Half of the homes will be for adults with moderate to severe disabilities and the other half will be for students. The area college students who reside in the new Israeli neighborhood will not be working with the disabled but will receive an academic credit point and only have to pay rent of 1000 shekels a month. This was done to attract them to the project.

The community will a have a sports center with a semi-Olympic size pool and a pool that is accessible to the disabled. There will be an art gallery, an extreme sports park, a pub, restaurant, guest house, and more that will serve the residents. Along with these amenities, there will be a day center that will provide services to 70 people with disabilities in the morning and in the afternoon; it will become a  regional community center for the citizens of the Sharon area. Additionally, there will be a national institute for researching disabilities that will provide training and education in the Israel  ‘Garden of Eden.’

The 180 million shekels ($49.1 million) project is a joint venture between the Israel government and Alyn Beit Noam, a non-profit organization, which is headed by Yitzhak (Iki) Bar-Haim. A large amount of funding is being provided by the government, including land that was allotted by the Israel Land Authority for a symbolic leasing fee. Different government agencies will provide 80 million shekels and the remainder of the funds will come from donations.

Opponents of the project argue that even though they believe that the project creator, Bar-Haim, has good intentions, Kiryat Olga will be a well-appointed ghetto. Professional and disabled-rights activist say it will keep those the community is meant to help hidden away from the rest of the public, who will not have to deal with issues of integration. They also believe it will only reinforce prejudices that people have of the disabled. The fact that the project is being built in the forest and not in the city has only given credence to the impression that this community is a way to segregate the disabled.

Lerner went on to say that the project goes against the United Nations Convention on the Rights of Persons with Disabilities, which Isreal ratified in September 2012.

Bar-Haim disagrees. He says that not only does the project meet the requirement of the UN convention, it surpasses them better than other group home. According to him, the apartments for the disabled are private homes, allowing residents to live independently, unlike other neighborhood apartments where they more than likely share their home with multiple people. Often the people they live with are not of their own choosing.

He explained that Kiryat Olga residents will have the freedom to decide on their own: where they live, when they eat, and sleep. They will be able to have guests, even overnight. Unlike other communities in which the disabled have to adapt to the world of people without disabilities, in the Garden of Eden it will be an example of reverse inclusion. People without disabilities will have to adapt to a community made for disabled residents, which proponents of the project believe will create understanding and change the way people think.

Haaretz: ‘Garden of Eden’ Being Built for Disabled in Israel Sparks Controversy Over Its Ideology