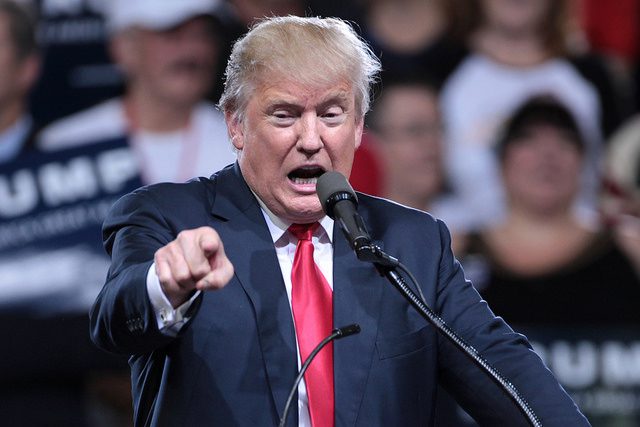 It appears that when it comes to President Donald J. Trump’s sanity, psychologists seem to be divided. Some of them believe that if the average American takes his words to heart, then they must choose the option to infer that he is maniacal. However, other psychologists, psychoanalysts, and mental health authorities beg to differ. They believe that enemies in the mental health field are attacking him. They state that their motives for these attacks are to discredit his authority in the White House.

A Man of Shortcomings

Some psychologists blame President Trump’s mentality on his shortcomings. For instance, one of their arguments points to the turnout at his inauguration. He insists that his swearing in had the most enormous crowd estimate ever. If that was not enough, others debate that he is a man full of delusions with obsessions regarding President Obama. For instance, regardless of all proof, Trump still attests that Obama bugged his New York office. Some even mentioned that President Trump is fixated on conspiracy theories. Before the presidential race, Right Wing Watch distributed a rundown of 58 conspiracies broadcasted by him.

Some psychologists believe this all for affect, an act. In other words, to rile up his base, redirect fault, and distract from his shortcomings. Just ask Harvard psychoanalyst Lance Dodes. He believes Trump is a pathological liar. Not only that, Dodes thinks the man is completely insane. According to him, Trump tells two kinds of lies: “the ones he tells others to scam them and those he tells himself.”

When asked why he feels that way, Dodes explains that “Trump lies because of his sociopathic tendencies,” Dodes goes on to clarify that there is also the lying he has that is, in a way, more dangerous. A type of liar that some psychologists say causes him to lose grip on reality. So, if he is crazy, what kind of crazy is he? This is not a query that some mental professionals want to be asking about the 45th president of the United States.

Sociopathic Tendencies? Is that a Stretch?

Does showing a lack of remorse or shame fit the president? Dodes tends to think so. Sociopaths tend to have a lack sorrow. As stated by the DSM-V entry on antisocial personality syndrome, sociopaths do not have any guilt. Nor do they have any regret or shame.

Psychologists contend to compute the sides of sociopathy. Some mental professionals argue that the president is a true sociopath. This is because people with this condition have an attention blockage. This blockage permits them to focus only on one activity. If it is not an activity, then it is just that one train of thought, thus, excluding others of their opinions or sentiments. These psychologists believe Trump fits the bill when it comes to no regrets. Plus, they believe he has a lack of empathy for minorities living in America. Other mental professionals argue that his Muslim ban was a prime example of this behavior.

Scholars, as well as Howard Kamler, make the point that the sociopath deficits, not “moral” identity, but self-identity overall.

In 1941, a man named Hervey Cleckley came out with a book called “In the Mask of Sanity.” In it, Cleckley extracted what he thought to be critical behavioral characteristics of a madman. There were 16 physiognomies, and every one of them defined the signs of psychopathy. The more significant part of these elements is yet utilized today to analyze sociopaths/mental cases and others with antisocial disorders. (Psychopathy and sociopathy are conditions with an entwined clinical description, and they are currently utilized conversely. The DSM rejects both, for antisocial personality disorder.)

Is calling the president a sociopath a stretch? Some psychologists believe that it is more than a stretch, but an assassination of character.

The Many Faces of Trump

According to some psychologists, Trump is not getting a fair assessment. Some Mental Health professionals do not argue that Trump might have many faces, but that of a sociopath is not one of them. In the psychology profession, there are moral guidelines cautioning analysts against diagnosing any individual they have not personally analyzed. However, there is a method to this madness: to maintain the integrity and to keep clinicians from unintentionally or deliberately manhandling their power and influence.

Besides, the American Psychiatric Association has some rule restricting specialists, who are doctors, from making open judgments about somebody’s emotional wellness. Especially without explicitly looking at the individual. One of the psychologists leading the campaign of what many believe is making an unfair psychological analysis of President Trump is John Gartner. This Baltimore psychologist has gone so far to have petitioned for President Trump to be removed from office.

In fact, it appears that he did not waste any time starting up an online petition to the president’s Cabinet for his removal. The appeal expresses that others in the professional mental health field believed in their professional judgment that Trump demonstrates a severe psychological illness.

They go on to state that his condition is so severe that it renders him psychologically unfit as the role of Commander-in-Chief of the United States. However, other professionals disagree. They declare that Gartner does not speak for them and that his analysis of the president is false. Other psychologists state that these are dishonest statements and a desperate attempt to remove him from office.

The “Gaslighting” of the 45th President

The rise of the Trump “psychological sickness campaign” that was propelled by analysts, specialists, and other emotional-wellness experts has its underlying foundations in what is known as “gaslighting.”

The term refers to the spreading of a false view of the reality of an individual or situation. It is also a form of psychological abuse, in which the victim is psychologically worked on, so they think they are going crazy. Some psychologists state that gaslighting is one of the most dangerous, unsafe and active forms of emotional and psychological manipulation. It is also a way of assassinating a person’s character.

With that said, some experts believe that this campaign is just a tactic to kill Trump’s character. A strategy created to smear Trump’s name and question his appeal and authority. The method is not intended to bring instant action. At the same time, they believe it is part of a more extensive campaign to take down the Trump administration.

USA TODAY: Trump is NOT crazy, despite the claims of some mental health professionals
The Baltimore Sun: Baltimore psychologist heads effort to ‘warn’ about Trump’s mental health
Psychology Today: “The Dangerous Case of Donald Trump”

2 Responses to "Introducing the Psychology of Donald J. Trump"