Israeli US Embassy Moves to Jerusalem While Protests Ensue 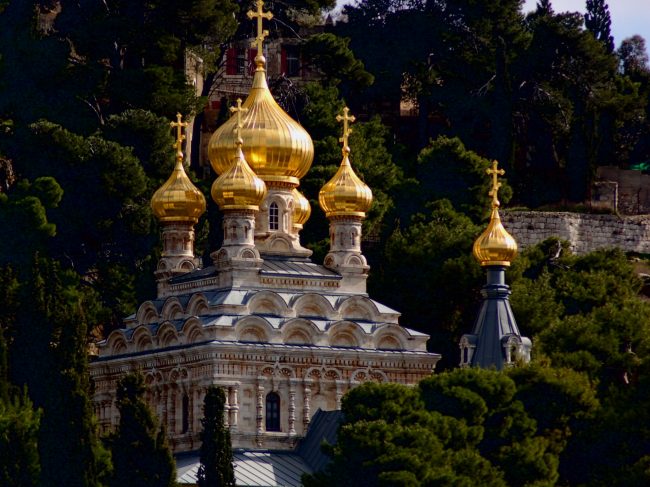 On Monday, May 14, 2018, the United States Embassy was moved to Jerusalem from Tel Aviv. This was marked by the 70th anniversary of the formation of Israel.

Many Israelis celebrated the relocation of the American Embassy; however, the Palestinians were enraged.

The Palestinians made a mass attempt to cross the border fence that separates Israel from Gaza. The border crossing became violent quickly, as Israeli soldiers responded to the mass crossing with rifle fire.

Monday became the bloodiest day since the demonstrations began seven weeks ago. The Palestinians are protesting Israel’s economic blockade of Gaza. Tens of thousands of Palestinians were part of the Gaza protests, which spread to the West Bank on Monday, in opposition to the embassy move.

By 4:30 p.m. local time, 41 Palestinians, including teenagers, were dead and at 1,700 were injured in Gaza, according to the Health Ministry. This made Monday the bloodiest day since the protests began seven weeks ago.

Snipers and Israeli soldiers were bombarding the Palestinians with tear gas and live gun fire to prevent the demonstrators from crossing into Israeli territory. According to the Israeli military, there were people in the crowds that were planting and lobbing explosives and flying fiery kites into Israel.

Outside the Hahal Oz kibbutz, emergency workers tried to extinguish the rapidly spreading fires caused by one kite, while four others sailed overhead. Battle ensued by mid-afternoon.

Thousands of demonstrators lined the barrier fence, hidden by the clouds of black smoke. Israeli soldiers fought back with tear gas and gunfire.

Gliding kites carrying explosives were headed to the border fence. Emergency workers carried off injured protesters on stretchers. Many had leg wounds but there were some with gunshots to the abdomen.

A voice on a loudspeaker demanded the crowds “Get closer!” According to The New York Times, after morning prayers the atmosphere was even more charged. Over 1,000 men stood under a blue awning. The worshippers were addressed and urged into the fray by Hamas and other militant factions. They were falsely told the border fence had been breached and Palestinians were pouring into Israel.

Multiple speakers had the harshest words for the United States and the decision to move the U.S. Embassy to Jerusalem. The crowd chanted, “America is the greatest Satan. Now, we are heading to Jerusalem with millions of martyrs. We may die but Palestine will live.”
As the chants continued, more smoke rose behind him. Then, worshipers moved toward the border fence.

To the Israelis, the U.S. Embassy’s move is an acknowledgement that Jerusalem is the capital of Israel. However, to the Palestinians, the relocation is the relinquishment American impartiality in determining the future of the region. Palestine wants Jerusalem to be its capital.