By Jeanette Smith on November 20, 2018Comments Off on Diversity Favors Democrats in Midterm Elections 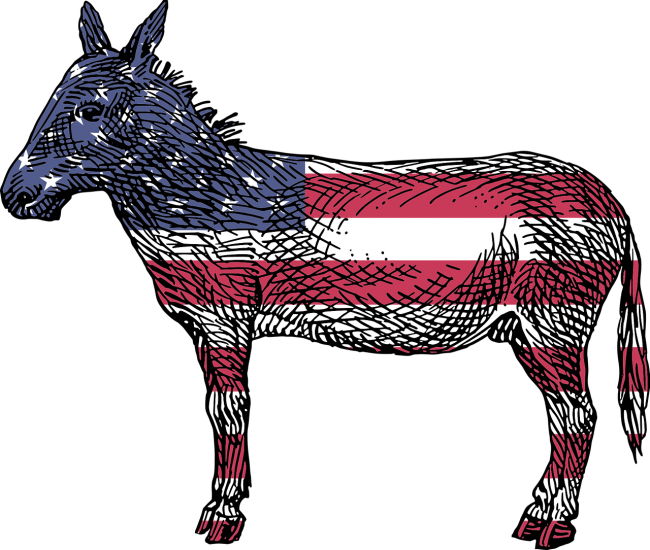 Midterm voting trends among subsections of the population say a lot about where the major political parties are headed.

On Election Day, Democrats won big in New Mexico and Nevada. However, Republicans did well in Missouri and Ohio. Furthermore, mixed messages came from other states like Texas, Arizona, and Florida.

What is the reason? Women, Latinos, Asian-Americans, and Pacific Islanders. Additionally, white men, people of retirement age and millennials are the reason for the changes.

Midterm elections say more about where the different categories of people live. Trends in voting among these groups says a lot about the where the futures of the two primary political parties are headed.

A diverse electorate led to the Democratic route in Nevada, which will now have two female U.S. senators, Democrats will control the governor’s mansion and both chamber of Congress. Depending on the final results there will be a first-ever female-majority in the Nevada Supreme Court and the nation’s first majority-female legislative chamber.

In New Mexico, voters elected Michelle Lujan Grisham as the first Democratic Latina governor and voted in an all-Democratic delegation to Congress.

A large gender gap made for an easy re-election victory for Democratic Sen. Tim Kaine of Virginia. He won less than half of the male vote, but two-thirds of women cast their ballots.

Republicans fared better in the swing state of Ohio, which seems to be becoming more red with time. The electorate is older and whiter than the national average. Ohioans elected GOP governor and kept their 12-4 dominance over Democrats in Congress. Republicans took a supermajority in the state Senate, retained control of the Assembly, and won races for secretary of state, attorney general, treasurer, and auditor. These wins give the GOP the advantage on the seven-member Ohio Redistricting Commission that will redraw districts for the House and Senate after the 2020 Census.

In Missouri, the Democratic incumbent Sen. Claire McCaskill overwhelmingly won the non-white vote, beating GOP nominee Josh Hawley by a 3 to 1 margin. However, non-whites were only 16 percent of the electorate and Hawley took 57 percent of the white vote to McCaskill’s 42 percent, ousting the incumbent.

William Frey, Brookings Institution demographer and author of “Diversity Explosion: How New Racial Demographics are Remaking America,” says that the changes involve both age and race. He says that currently, Republicans can do well in states like Ohio, but it will not last forever. Younger white voters on the national level voted Democratic and that has not happened for some time according to Frey. If the GOP does not start winning voters back, it does not look good for the future of the party, especially as young people leave for states like Georgia and Texas for work.

Arizona has been thought of as a GOP stronghold, but voters elected Democrat and onetime Green Party activist Kyrsten Sinema to the U.S. Senate. This is likely the beginning of the shift from Republican dominance according to Joseph Garcia, director of the Latino Public Policy Center at Morrison Institute at Arizona State University.

“We’re getting really close to the point where you cannot win an election without the Latino and African-American vote,” states Garcia. Arizona was once a reliable red state in state and presidential elections. Garcia says the state is now in the purple stage and the shift will likely accelerate as younger Latinos come of voting age.

When it comes to race, ethnicity, and gender parity and politics, the nation has certainly had historical tensions. The country is still deeply divided along pollical lines. What is emerging now, however, is the gender and racial lines are starting to sync with those political parties. The GOP risks becoming a party of white men. Women, Latinos, African-Americans, Pacific Islanders, and Asian-Americans align with Democrats.

This was reflected in the candidates elected to office in the midterm elections. Republicans lost ground in female representation in the House. A record 110 women, including non-voting delegates but not including still undecided races. Almost all of the newly elected women are Democrats according to a diversity analysis by the Raben Group.

Republican women in the Senate may increase their number by one if Mississippi Sen. Cindy Hyde-Smith win the re-election in the next month’s runoff. Republican Marsha Blackburn was elected as Tennessee’s first female U.S. senator.

Women made gains in statehouses, but Democratic women made more gains. The Center for American Women in Politics at Rutgers University notes that of at least 2,019 women who will serve in the incoming legislatures, 1,205 of the newly elected are Democrats and 528 are Republican. Among the newly elected governors, Democrats account for four of the five women.

Pollsters and analysts note that African-Americans have long voted Democratic and Latinos are moving in the same direction. A survey conducted by Latinos Decisions discovered that Hispanics favored Democrats over Republicans by a 3 to 1 margin in the midterm elections. This is compared to the more than 40 percent of Latinos who voted for President George W. Bush in the 2004 election.

In the past decade, AAPIs have been a puzzle. They voted for Democrats but would not identify with either party. In 2018, they’ve gone from a potential swing vote to a solidly Democratic voting bloc.

The New American Economy studies the impact of immigrants on the economy. They put out a demographics report that discovered the increased diversity helped Democrats. Except for in one of the districts that flipped, the share of Asian-American and Hispanic-American eligible voters increased in the last five years. In 20 of the districts, the number of Asian-American and Hispanic-American voter increased by more than 10,000 in five years.

The trend is evident in California where Democrats are the plurality of voters and Republicans are at risk of ranking third, behind the independents, states Jimmy Camp, a veteran GOP consultant. He left the Republican Party to become an independent after Donald Trump was elected president in 2016.

Republicans are completely irrelevant in the Golden State. Democrats can pass whatever they want and send it to the governor. I don’t know how you rebuild from that.

The increased diversity in California has been challenging GOP power for years. Camp notes that Orange County was 80 percent white in 1984 and is only 40 percent white in 2018. The county may not have a single Republican in Congress once all races are finalized.

The problem has been exacerbated by the many controversial remarks made by Trump against Latinos and immigrants. Camp says:

The Republican Party is the party of Trump now. A Latino may think, I’m a small business owner who wants to lower taxes or to put his kid in a private Catholic school. But [Trump] called my people rapists and thieves. It’s a long time to undo that damage. It could be a generation.

The president won the 2017 election, in part because he made an aggressive pitch to white men. In turn, they came out in strong numbers to vote for him. That same appeal helped him win Ohio from the Democrats according to David Cohen, a political science professor at the University of Akron. However, as the demographics in Ohio change, the GOP base will begin to die off there. The increased diversity in California has been challenging GOP power for a while.

Cohen says, “Short-term, it’s working for Republicans. But demographics are destiny. I don’t think it’s a lock that Republicans are going to control everything [in now-red states] for the future.” The future is looking more diverse.

U.S. News: Destiny in the Demographics