By Jeanette Smith on November 21, 2018Comments Off on ‘Fox & Friends’ Reluctant to Report Ivanka Trump and Her Misuse of Private Email Account 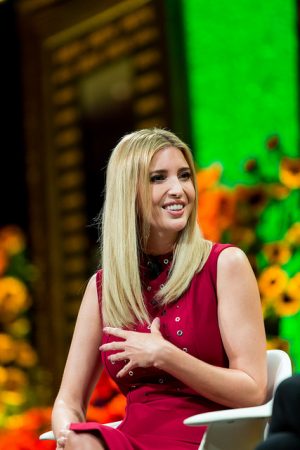 The job of a journalist is to report the truth, so that citizens can remain free and self-governing. If this is a true statement, why was Fox News reluctant to report on White House adviser Ivanka Trump’s misuse of her private email account?

President Donald Trump praises “Fox & Friends” for their coverage of his administration, barely touched on the report about Ivanka Trump’s use of her private email account while conducting government business in 2017, according to Newsweek.

The network only reported on the event for 25 seconds. The brief segment focused on the denial issued by a spokesman for Abbe Lowell, Trump’s lawyer. He stated that the president’s daughter “did not create a private server in her house or office, no classified information was ever included, the account was never transferred at Trump Organization, and no emails were ever deleted.”

In 2016, many Fox News programs, including “Fox & Friends,” railed against Hillary Clinton over her use of a private email server in her Chappaqua, New York home, and her deleting emails while she was secretary of state under Barack Obama. Later, the FBI investigated and stated that 110 of Clinton’s emails on the server contained classified information.

For the greater part of 2017, Despite President Trump’s blasting of Clinton while on the campaign trail, Ivanka Trump used the personal email account she shares with her husband and fellow White House adviser Jared Kushner. The email account was created during the president’s transition to the White House in 2016, according to Newsweek. Trump sent hundreds of emails from this account and less than 100 of them involved government work.

Trump’s use of the private email account was discovered by White House ethics officials. They were responding to a public records lawsuit brought forth by a liberal watchdog group called American Oversight.

The use of the account violated federal rules under the Presidential Records Act, but the president’s daughter claimed she was unaware of the rules when the private email account was created.

According to Newsweek, “Fox News has been subject to significant criticism over its coverage of the Trump administration and recently faced backlash after two of the network’s most prominent hosts participated in one of the president’s rallies.”

After Trump called on them, at a Missouri rally, Fox hosts Sean Hannity and Judge Jeanine Pirro each took the stage. Originally, the network and Hannity stated he was at the rally to host his show and interview Trump before the rally.

While Hannity was on stage, he pointed to the reporters who were setup behind the crowd and said, “fake news.” Later, he stated that he was not referring to his colleagues from Fox News.

The Fox network released a statement saying it did “not condone any talent participating in campaign events and that the ‘unfortunate distraction’ had been addressed.”

Communications director Anthony Scaramucci appeared on CNN and said that Ivanka Trump made a mistake. He says that people need to know why she used her personal email account before they judge her.

So much time was devoted to damaging Clinton for her use of personal email accounts. Scaramucci says that people should understand why they did it to prevent both sides from doing it in the future. What would the president say about his daughter committing the same offense?