By John Federico on November 1, 2018Comments Off on Trump Places Executive Action Against Birthrights to Non-Citizen Children 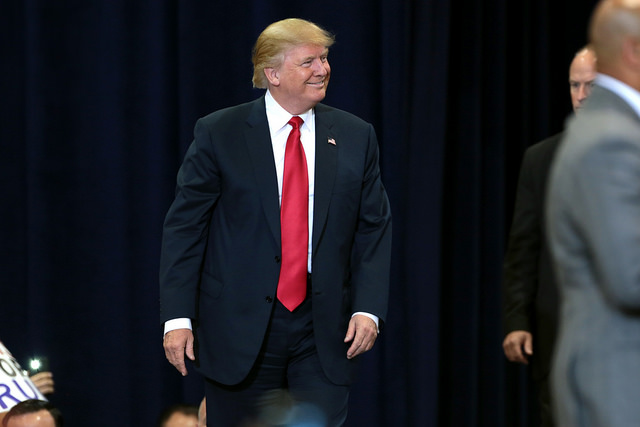 President Donald J. Trump stated that he is putting forward an executive action to eliminate the right of United Staes citizenship to children born in the United States to non-citizens. His argument is this privilege is not given to babies born other countries and it is time to end birth-right citizenship here.

Trump said that he has already projected the notion of ending birthright citizenship to children born to parents that are illegal immigrants in the nation. He contends that issuing an executive order would abolish the right.

The interview conducted by Axios is set to air on HBO on Sunday, Nov. 4, 2018. In the interview, the president stated that the nation is the only country in the international community where a person can enter the country illegally and have a baby that will be a lifelong citizen.

The Commander and Chief said that he has been told that Washington needs a constitutional amendment to end birthright citizenship. He claims he was also under the impression that an act of Congress could end the program. For some reason, yet to be explained, he now claims his administration will only need a signed executive order to make his desired changes come to fruition.

Trump did not reveal an exact moment in time when he will sign the executive order. He did state that he had a discussion on the topic with his White House counsel. The process for issuing an executive order has begun.

However, Omar Jadwat the American Civil Liberties Union Immigrants’ Rights Project Director stated in an opinion article in Newsweek that the president cannot use an executive order against a child’s birthright afforded them by the United States Constitution.

History of the 14th Amendment

The 14th Amendment was added to the Constitution during the Reconstruction period following the American Civil War. The amendment was passed by Congress in 1866, one year after the end of the war.

It was ratified two years the amendment was passed. Citizenship was then extended to people born from parents of former slaves.

The amendment annulled an 1857 Supreme Court case. The conclusion of Dred Scott v. Sandford determined that the descendants of slaves were not allowed to become U.S. citizens.