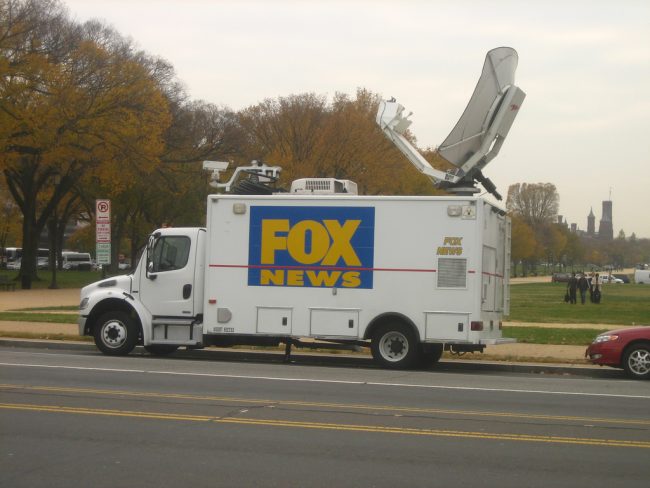 CNN reported that since the creation of the congressional fund in the 1990s, the fund has paid out $17 million to settle sexual harassment claims against members of Congress. To this day the names of those congressional members involved, and the dollar amounts of those suits settled have never been released or should I say “disclosed.”

Hooray, I have been screaming this fact at the TV for weeks! Yet, this is the first time any anchor has pointed out the comparison.

Currently, the MSM talking heads, aka Trump haters, and Democrats are beating their drums and nearly drooling at the idea that President Donald Trump is guilty of breaking campaign finance disclosure laws and could be charged with a felony requiring him to serve jail time.

Russia, Russia, Russia seems to be a dead end so now Democrats are salivating on the slim chance they finally have something to get Donald Trump on. The MSM is all in pushing the newest attack: Hush payments paid by Donald Trump to Stormy and McDougal were required to be disclosed on his campaign finance reports.

But hold on, is a candidate required to disclose any and all personal or business dealings on their campaign disclosures? They are not. They are only required to disclose contributions and expenditures that are campaign related. The president’s Attorney, Rudy Giuliani stated that these were private transactions made from personal funds and not part of the campaign.

Assume the special prosecutor, Robert Mueller, wants to proceed with an indictment against Trump for breaking campaign finance law. This would be precedent setting to such a degree that Congress members may want to rethink the can of worms they are opening. Currently when a candidate or elected official reports incorrectly, they are required to amend and usually pay a fine and everyone moves on. I am unaware of anyone who has been charged with a felony and sent to jail for misreporting contributions or expenditures.

Now let’s get back to the hush fund managed by Congress. The secret fund was set up to settle embarrassing claims against elected officials, and the fund has paid several claims, some $17 million worth, yet, they remain undisclosed by Congress members who benefited.

Hypothetically, let’s say, congressman, John Doe, was accused of sexual harassment. To protect his reputation, and I suppose the institution of Congress as a whole, a claim is paid by the congressional fund to the victim who agrees not to disclose the matter. Is Congressman John Doe then required to disclose the payment on his campaign finance report?

I will go out on a limb here and say no, especially since no one has ever disclosed these settlements. Not to mention, if the payment was run through the campaign, it’s obvious the amount paid would surpass campaign contribution limits.

So, no, those who benefited from the secret hush fund have not disclosed the payments on their campaign reports. Isn’t that the point of the secret fund in the first place? It is not treated as campaign-related. They treat it as a personal matter.

But, by all means, go ahead Democrats, set a precedent, let’s insist these types of payments can only be campaign-related and must be disclosed. At least then the people can learn which congressional members had suits paid on their behalf and with the precedent set, they could all be charged with a felony and serve jail time, not only for failing to disclose but also for accepting contributions that surpass contribution limits.

No doubt that will never happen but does raise another question: If congressional members that had claims settled by way of the hush fund are not required to disclose on their campaign reporting, then surely, they reported the gift on their personal taxes? We should find out, after all, if my sister, brother, cousin, or friend pay a significant financial obligation on my behalf, I must, by law claim the gift as income or financial gain on my personal income tax forms. So, we can be confident these congress members reported it as financial gain on their personal taxes? Right? If not, wouldn’t they be guilty of tax evasion or fraud?

Now you would think, CNN or MSNBC, would report on such and get to the bottom of how this should be handled and why Congress members haven’t disclosed these hush payments on their campaign finance reporting, especially, as their reporting indicates hush payments are always and only campaign-related.

Maybe Don Lemon, Anderson Cooper, or Jeffery Toobin? How about the all-knowing Maggie Haberman or Kirsten Powers? Anyone, CNN? Maybe MSNBC’s Lawrence O’Donnell? Or better yet, Brian Williams, he was probably in the room when Congress created the fund, he should know.

Bravo Fox News Anchor, Tucker Carlson, for airing the comparison of hush money paid by the congressional “hush fund” to that of the “hush payments” by Donald Trump. One missed point, the $17 million paid out by Congress was funded by the taxpayers. Donald Trump paid his own bills. Personally.