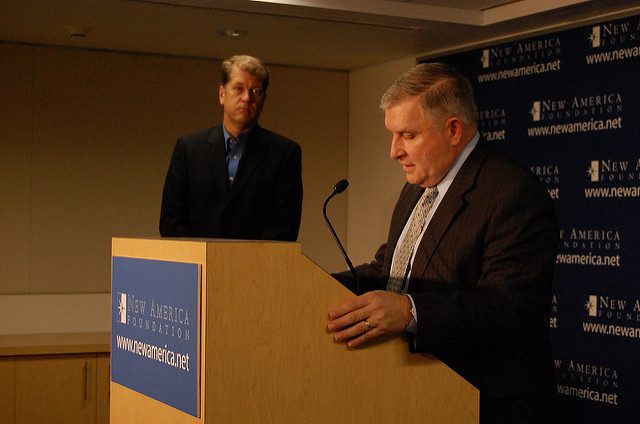 Retired General Anthony Zinni, who was hired by Donald Trump to work as an envoy to mediate resolutions between the countries in the Persian Gulf, has resigned his State Department job.

In the past, Zinni served in numerous roles with different administrations. Before he retired as a four-star Marine general in 2000, Zinni’s job title was the head of military’s Central Command. The Central Command manages the military in the Middle East.

Zinni is not the only high ranking Marine general who has left the Trump Administration. Jim Mattis left his position as defense secretary, and John Kelly quit his position as chief of staff in Dec. 2018.

Zinni complimented National Security Advisor John Bolton by stating that he always felt supported by him. Despite feeling that support, he was saddened that the two people who brought him to the White House were no longer there. Those two people were Mattis and Rex Tillerson, who was fired by Trump as secretary of state last year.

Zinni is the latest member of the national security personnel who has left the Trump administration. Brett McGurk resigned in December as the special presidential envoy for the Global Coalition to Counter ISIS and Defense Secretary Jim Mattis has also quit the same month.