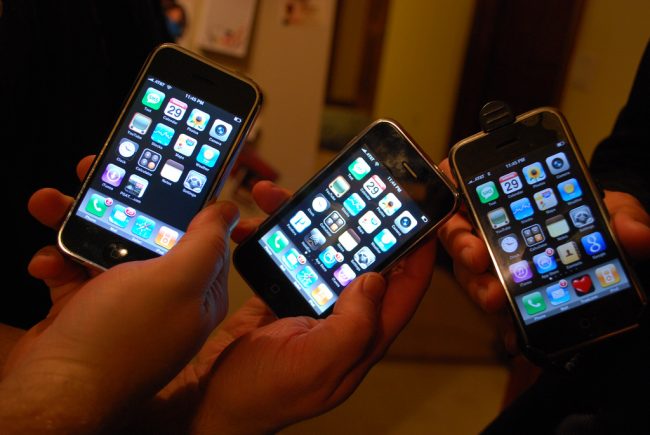 CEO of Apple, Tim Cook, wrote a letter today to investors telling them that first-quarter earnings were less than expected due to the fact that there was less iPhone upgrades than they were expecting. This came mainly from a slowdown in trade with China. Cook also stated that in other markets that iPhone upgrades had once been in high demand were not as great as anticipated.

Cook offers several reasons for the decline of earnings was the result of the slow release time for the iPhone XS and XS Max.  Some of the other reasons that contributed to the decline was US dollar conversion rates and there were supply issues due to the amount of new Apple products that were released in the fall. Market economic strife also contributed to the slow down.

According to tech experts, the primary reason for decline is that people are not purchasing as many iPhones as Apple predicted they would.

Cook told CNBC that the shortfalls in Apple are due to the iPhone and it’s trade issues in Greater China. He believes that the economy started to slow in the second half as a result of  the trade issues between China and the U.S.

China is the largest smartphone market in the world and they are 20% of Apple’s sales.

A spokesperson from the White House did not respond to Cook’s comments regarding the trade tensions between China and the United States.

Presently, Apple is revising their Q1 forecast in order to prepare investors that it would drop by up to $9 billion.

More than $300 billion was lost by the company in market value since it peaked about $1 trillion in October. Last year was the worst yearly performance in the company’s history since the last financial crisis in 2008.

There have been multiple reports showing that in recent months, iPhone sales have poorly performed. Moreover, some Apple supplies performed significantly lower in the last quarter. Tech experts are starting to speculate that iPhone consumers are neglecting to upgrade their devices to the most recent model.

Apple also did something quite unusual. They started to promote a discounted iPhone price on its website enabling consumers to trade in their older iPhones. In addition, the company increase the amount of money a consumer will receive if they traded in their iPhone.

Despite the bad news regarding Apple’s iPhone, Cook told investors that there was growth in some areas. Cook stated Apple’s device install base went up in 2018 to over 100 million units. The company has been promoting the install base to show that revenue can be squeezed out of subscription services such as Apple Music and iCloud storage. Apple is considering launching new subscription products through Apple News and tv apps.

Apple was China’s Number 3 phone maker in 2015. In 2018, in the first three-quarters, Apple dropped to the fifth-largest.