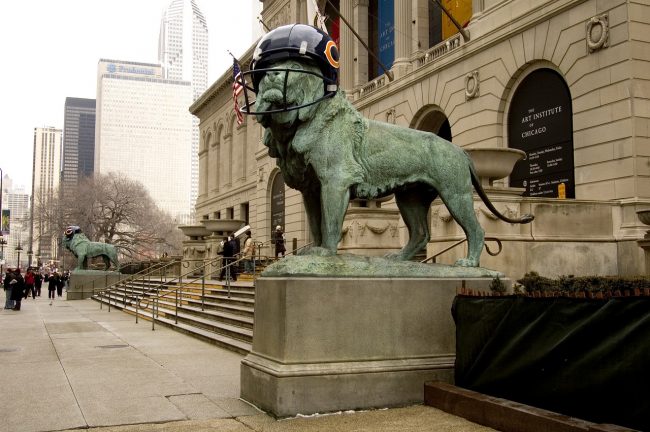 On Sunday night, January 6, 2019, the Chicago Bears faced a devastating loss against the Philadelphia Eagles. It all came to a climatic end when kicker Cody Parkey missed his eleventh straight kick of the year.

Many people hoped and prayed that this moment would be a big win with for team. The last time the Bears were in the playoffs was in 2011. For them to have been this close to a win was terrible for the Bears coaches. It was perhaps even more devastating for the players. The franchise believed that victory was possible in every regular season game of their truncated season.

During the past 8 years, fans have patiently waited for Bears to make the playoffs as the team struggled through the rebuilding process. Through those painful years, the Bears targeted acquiring defensive and offensive players that would eventually turn them into a powerhouse NFL football team.

The long and enduring patience that fans have displayed this season appeared to be paying off as the Bears won 12 games, with 4 losses, and no ties.

They were so close and in one play, just one play, the team lost it all. In the last 5 seconds of the game, they lost 16 to 15. Even though the Eagles were not giving the team a run for their money, to lose by one point is nevertheless a loss.

Parkey’s confidence in himself didn’t waver after he missed four field goal attempts off an upright several weeks ago. Even if the rest of Chicago Bears might’s lost faith in their team’s kicker, Parkey still believed in himself.

While Matt Nagy strategized his play around a pair of two-point conversions attempts after the Bears’ two touchdowns Sunday as wanting to be aggressive (“we just felt like we had some good stuff down there in that area,” he said), perhaps it wasn’t a coincidence it came a week after his kicker missed two PATs.

But Nagy’s confidence in Parkey was there when he called on him for that 48-yard field goal with a little under three minutes remaining in, at the time, an eight-point game. Had Parkey missed the kick, Minnesota would’ve taken over possession in optimal field position to drive downfield and tie the game.

Instead, Parkey nailed the kick, and nearly the entire Chicago Bears’ sideline rushed onto the field to celebrate with him.

“Parkey’s a dog, man,” outside linebacker Khalil Mack said. “Practice makes perfect. He’s a great kicker and I’m glad he got back to showing it.

Unfortunately Cody Parkey was not the only reason for losing the game. One of the NFL players from the Philadelphia  Eagles deflected his kick which resulted the football to drift to the leftist of the field goal. This is still an emotional play that happened in the Solider field Stadium. Will Chicago Bears be able to recover next season from this big lost?? Will Cody Parkey be apart of the team next year?? No One knows I know what I do know if you are a Coach for a little league you might want to apply for the kicker position for the Chicago Bears!!

Guardian Liberty Voice will keep fans updated on what is happening in the NFL.

B93radio.com: Cody Parkey Killed Staley, the Bears mascot, last night
The Ringer: Cody Parkey’s Double Doinker Caps Off a Season Doinks That Defied All Physics and Explanation
Chicago Sun-Times: Judging from his Instagram Cody Parkey has more going on in life than football