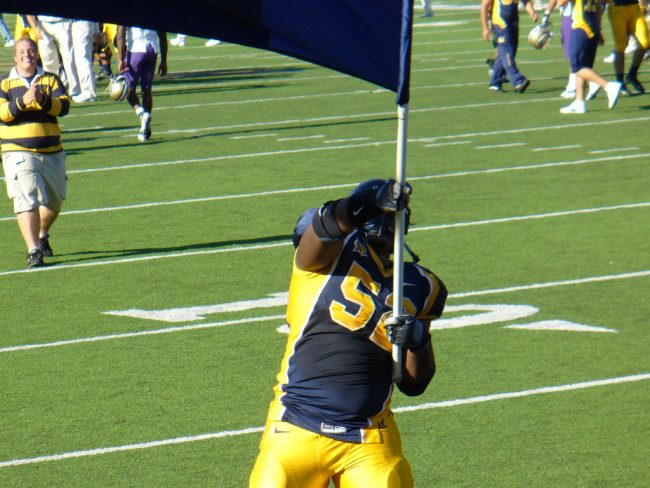 On Nov. 12, Makenna was born with a disease called Trisomy 13 (or Patau Syndrome), which is a rare genetic disorder that happens when an infant is born with an extra 13th chromosome. The disease causes physical abnormalities and intellectual disability.

Most infants with this condition do not live past a few weeks. Genetic testing can detect Trisomy 13 during pregnancy.

Mebane missed four games this season to be with her daughter. He was absent from Sunday’s wild-card game against the Baltimore Ravens after his daughter’s passing.

Mebane spoke with reporters on Wednesday. He said that Makenna died on January 3. She was bleeding in her stomach. She could not be fed and that was not good for her liver.

He continued holding back tears and said she was not getting any better so a decision had to be made. He added that the family is doing well and are taking a day at a time. They thank God every day for having her in their lives.

He told reporters on Wednesday that he plans to play in the AFC Divisional Round matchup on Sunday against the Patriots.

Mebane said his wife Amena and children Makai and Mahailey are in Los Angeles.

He is 33-years-old and has been with the Los Angeles Chargers for three seasons. He is a defensive co-captain with 40 tackles, a sack, and a forced fumble in 12 games.