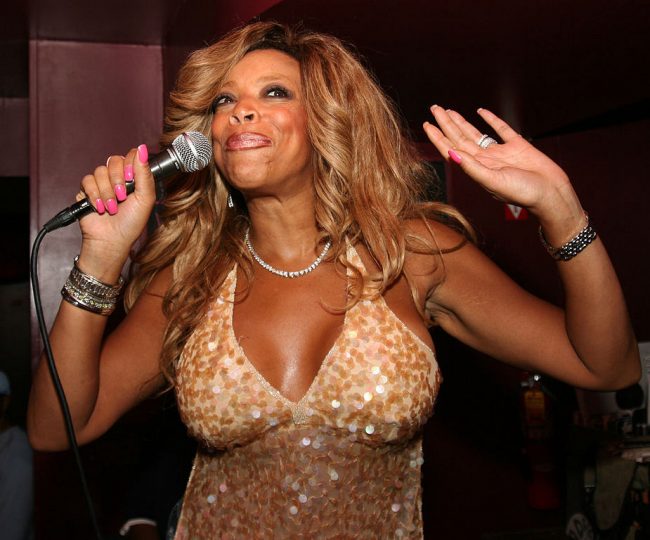 Wendy Williams has not hosted her talk show since Dec.20, 2018. On that show, Williams was seen repeating and slurring her words. On her Instagram, she apologized and blamed her erratic behavior on her Graves Disease and painkillers for a fractured shoulder. Page Six is reporting that the real reason is due to issues with her husband, Kevin Hunter.

Sources have reported that Hunter, who is also Williams’ manager, has allegedly been emotionally and physically abusing her for years.

Rumors have also surfaced that Williams may have started to use drugs again. The talk show host has been forthcoming about her alcohol and cocaine abuse. Page Six reported that some of her staff members feel she has started to use again.

One source said that Williams does everything in excess. If she drinks, she won’t have one drink but bottles. The source thought if she returned to her partying ways, her husband was the reason and he pushed her to it.

Williams former intern said when her husband came into the office, Williams would lock herself in the bathroom, and the intern would have to inform her when he left. The intern also revealed that Hunter would physically drag her into a room, shut the door and staff could hear yelling, intense movements and slapping.

It has also been reported that Hunter’s erratic behavior caused him to yell at staffers, and fire them in groups. Out of the blue, he would tell them they were fired and to go home. Williams said nothing and told the staff there was nothing she could do.

Nicole Spence, who worked with Williams and filed in June 2008 a lawsuit which was later settled out of court, accusing Hunter of sexual harassment said in the complaint she witnessed physical abuse. She reported she witnessed Hunter entering the studio, kicked out the employees and physically abused Williams. He pinned her against a wall, choked her, and pounded his fist directly by Williams’ head.

Charlamagne Tha God, Williams co-host before being fired in 2008, said he tried to stay away from Hunter adding he is a horrible person. He also added: “I will just tell you that I hope Wendy Williams wakes up before one day she doesn’t wake up.”