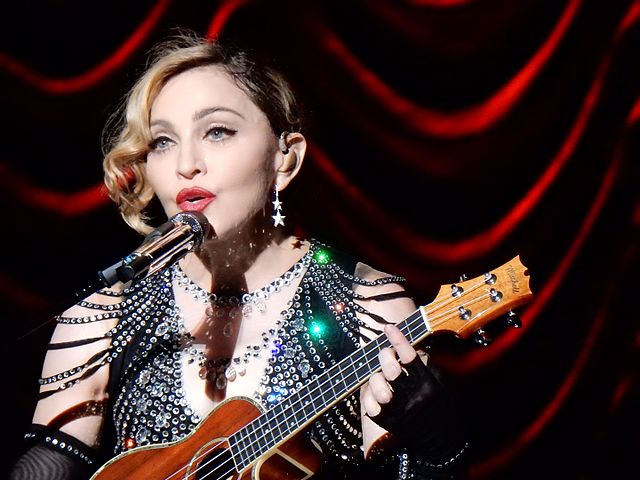 Just as Madonna is preparing to leave Portugal, she is in the midst of a controversy.

Madonna has stated that the Portuguese people because they did not permit a horse to enter a palace where she was filming her music video.

Since 2017, the pop star has been residing in Portugal. Madonna arranged to film for her new song “Indian Summer” a video in the Quinta Nova de Assunção palace in the resort city on Sintra located close to Lisbon.

The Sinatra City Hall last week granted permission for Madonna to film her music video inside the historical palace from March 15, 2019, to March 20, 2019, but would not permit a horse on the premises. The decision enraged the singer.

The music video script shows Madonna is meant to be on the floor next to the horse.  Local authorities were afraid that the horse would be a safety threat to the building, as the floors are made of wood which sits upon fragile wooden beams. Thus, the floors are unstable and cannot be used for activities which cause vibrations.

Madonna angrily phoned her agent who, according to messages divulged  in the newspaper Correio da Manhã:

My Queen, I am doing all that I can. I have called everybody I could and sent numerous messages. Unfortunately, the man who makes the decisions about this matter is not available, but he will be.

Angered, Madonna told her agent she did not have to wait to get an answer if she could continue,  and would go to another place to film her video.  Madonna stated “I have given so much to Portugal. I ask for one favor, and I get a negative answer.”

Madonna added that it was his fault this was happening because he convinced her to move there.

In February it was learned Madonna would be moving back to New York. Multiple cars were observed transporting suitcases from the Palacio Ramalhete, where Madonna has been residing for the past year.

Madonna’s attitude anger the authorities of Portugal who reminded the singer of all the amenities and allowances they permitted her to have while she was living there.

For example, Madonna was given a reduced parking spot price from Lisbon City Hall; her son was welcomed by soccer club S.L., and he was permitted to practice despite not being at the proper level.

Despite having a long waiting list, the Lycée Français Charles Lepierre school accepted her twin girls; and the government of Portugal put her residency on the fast track.