Olive Garden Being Sued Over a Stuffed Mushroom 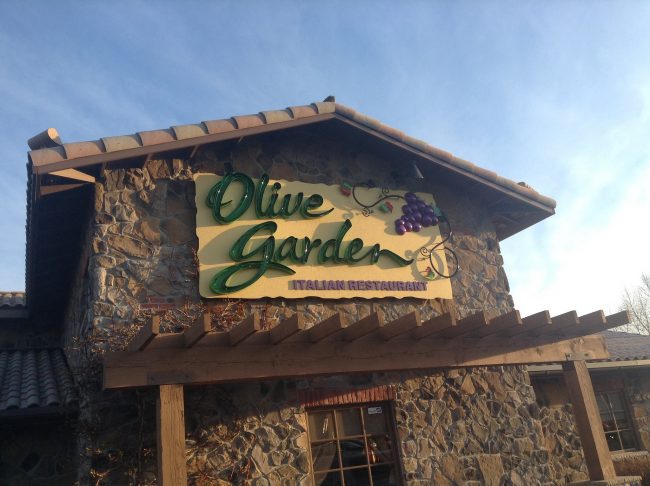 Going out to dinner is sometimes a special treat. Although there are people who do it often enough that they know that restaurants sometimes put a plate on the table that is piping hot. Typically when a server puts one of these hot plates down, they give a warning about the heat. However, it seems that Olive Garden is in some hot water over a steaming hot stuffed mushroom.

According to “Delish,” Olive Garden is being sued after one woman was badly burned eating a hot stuffed mushroom. The restaurant-goer from Fort Worth, Texas was apparently burned so badly that she needed to be airlifted to a burn unit.

On Aug. 11, 2017, Danny Howard ordered Olive Garden’s stuffed mushrooms. She claims that at the time, she was never warned about how hot the mushrooms were, and when she went to eat one, it was so hot that it ended up getting lodged in her throat. This caused her “to temporarily stop breathing and resulted in severe burns.”

In the lawsuit, Howard is described as having shuffled through the Olive Garden, unable to speak or ask for any help. Instead, she eventually found herself in a “kitchen station,” where she was able to throw up the mushroom that was lodged in her throat.

According to the “Fort Worth Star Telegram”, Howard first left the Olive Garden and went home, before deciding that she needed to seek medical attention. She then drove herself to the emergency room, but on the way she needed to call 911, as her throat began to close up. Upon arrival at Harris Methodist Hospital it was determined that Howard needed additional help and was flown to Dallas’ Parkland Hospital in order to be treated in the burn unit.

Apparently Howard is looking to receive damages ranging from $200,000 to $1 million. Although it has been well over a year and a half since the incident, it seems that Howard has decided to speak out about what happened to her at Olive Garden, as she filed her suit on March 8, 2019.

There is no indication as to whether or not Howard ate a whole stuffed mushroom or if it was only a piece that she ended up choking on, although the lawsuit indicates it was just a bite that she took. Instead, Howard is claiming that the reason that it is Olive Garden’s fault is that they were negligent in their duties. She believes that they did not adequately warn her that the stuffed mushrooms were hot enough to cause severe burns and injury.

At this time, Olive Garden has not responded to any inquiries over this lawsuit. It may be some time before the company addresses the situation publicly, although there is also the possibility that they will choose to settle this lawsuit, rather than go to court over stuffed mushrooms.

While this is not the first time that mushrooms have caused harm to people (although not necessarily at an Olive Garden), this is certainly an unusual situation. However, it does act as a reminder that people need to be more careful when not only eating out, but also eating food that is still steaming hot, especially mushrooms.

One Response to "Olive Garden Being Sued Over a Stuffed Mushroom"