The Kids Are Really Alright! (Life With Mental Illness) 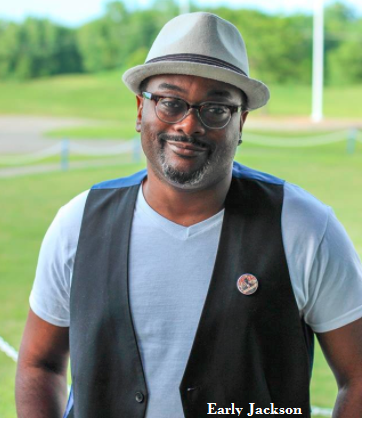 In 1979, a British rock band called The Who released a song with such little fanfare it took years for it to shift to “cult classic” status. Pete Townshend, lead singer Roger Daltrey, Keith Moon, and John Entwistle put their collective talents together in early 1964 to form The Who. Staking their claim in the popular pop art and mod movement all the while destroying guitars and drum sets all over London, these guys seemed destined to change the charts. And so they did. Dubbed as one of the most influential rock bands of the 20th century, there remains a slew of hits that have been covered since the ’70s.

In particular, the song “The Kids Are Alright” has been one to stump the minds of many. Debate after debate has surfaced about the song’s true origin of lyrics. Was it about a man afraid to leave a movement he had grown to love and face the real world? Was it secretly about a man who loved the party life more than spending time with his wife and kids so he looked the other way as she (danced) entertained other men? Or was it simply a party song about casting all your cares behind because, in the end, we all will be “alright?” Throughout the years, the band during concert renditions of the song teased many different points but confirmed none.

I first heard “The Kids Are Alright” about seven years ago at a small house party of a musician friend of mine. He is obsessed with the 70s and 80s rock band era. I have always fancied myself a Rolling Stones, Queen and Led Zeppelin kind of guy. But I am always open to vibe to anything with a catchy tune. After the party, I found myself on YouTube absorbing some “Who” culture; and I was loving it.

The song “The Kids Are Alright” came back into my purview more recently as my family began navigating the minefield of a mental illness diagnosis. One of my adult children began a difficult season and as a result of trying to handle it all, we have been tested, strained and yet, we still stand. As a writer, speaker and creative, I am walking out of a time of feeling low, depressed and unable to work. Not necessarily new emotions for me, but coupled with the deep awareness of just how powerless I was to change what was happening hit me hard … to say the least.
In the song, band member Townshend writes;

For the span of 45 days, I felt those lyrics to my core. The thing I was not prepared to deal with however was the internal guilt of being a father, who wanted to run from his problems. What kind of man was I? In fact, if I had been a better dad, they would never have fallen ill. Day after day I beat myself down, and I never truly understood why. That is the danger of depression and self-pity, it does not fight fair; there are no clear lines of attack. It is a constant barrage of loathing thoughts daily. They do not even have to be logical either. The objective is for you to feel as down as possible instead of strategizing a plan of attack.

What I came to understand was because of a troubled divorce, years of massive character attacks from a bitter ex coupled with my own insecurities, I parented out of a mindset of guilt. I gave more than I could afford to, ran at the slightest call from the kids and sought to be the “fun” parent. I equated the kids’ smiles as validation that I was a good dad. Never mind the reality that all children need healthy boundaries. Even though separation and divorce, I should remain committed to parenting them to be good human beings, not smaller versions of myself that would have my back when my ex spoke against me. The system I parented from was not broken, it was literally built on a false premise. When their mom and I separated, I never recalibrated our expectations of what our family would look like moving forward.

Years later, my current wife and I are starring down the barrel of a schizophrenia diagnosis of one of our adult kids. I soon realized that regardless of the millions of blogs and self-help books, there was no magic bullet “how to” manual I could reference. Every single diagnosis is different and affects families in differing manners. Some writers said set boundaries, some said do not. Some said to confront often while others warned of being overbearing and insensitive. Maybe no one really knows what to do and we are all just flying by the seat of our pants and the grace of God.

My other challenge is stemming from my background. My upbringing in a strongly religious Pentecostal and black family was proving to be a liability. I am positive there was the presence of mental illness scattered throughout my family, but having a strong black momma we were taught that you do not speak out about the family business. We were grilled that “What happens in this house, stays in this house!” And to disobey that meant certain death by leather belt!

Now, I find myself standing in a role I was never prepared for. Everything in me felt the quilted weight of shame whenever someone asked how my child was doing. If it were a cold, I could simply cook chicken noodle soup and make a trip to the drug store. If it were a financial issue, I could seek extra work to make up the shortfall. But what the hell do you do when someone you love is displaying pain and confusion beyond your scope of abilities? I felt utterly helpless.

It took weeks for me to turn to the one thing I knew could illuminate this dark place – writing. I had been sitting on the couch looking at my stack of journals and trying my best to ignore them. I heard their whispers late in the evening to come and unload my burdens. How their pages were committed to being the unspoken therapist to empower me to work through my thoughts of inadequacy. But time and time again I rolled over and chose to rehearse the sad song of how life was so unfair.

When I finally decided to put pen to paper, three key principles instantly manifested from about two days of ceaseless scribblings. After allowing my journal to marinate for a week I went back and read through my thoughts. It has been those principles or “truths” that have granted life into my heart and ultimately into my whole family structure. I want to share them with you now:

I feel like one of those old 80s cliff hanger shows; stay tuned and see what happens next week. It is in no way a walk in the park and I am far from having all of the answers. Some days I feel invincible and others I feel like crap. Thank God for the strong support of my wife, our children and a circle of friends committed to seeing me through. Without them, I would have taken Pete Townshend up on his offer in “The Kids Are Alright” to chuck it all and just “get away.”

I am learning the truth that we can be alright and still be a work in progress. That being alright is not the absence of turmoil, but a mindset of peace in the middle of the storm. We are alright because we are making the daily decision to be.

The Who Band:  The Kids Are Alright

Kids, mental illness, schizophrenia, This Is Us