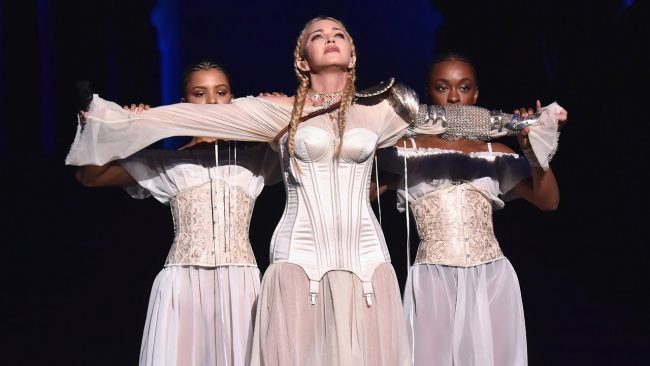 It was announced on April 8, 2019, that Madonna would be performing on May 18 two songs at the Eurovision Song Contest to take place this year in Tel Aviv.

Madonna will get paid $1 Million and perform a new song and one of her classic songs. It is also rumored she will be an entourage of 160 people.

The singer’s salary will be paid for by Sylvan Adams, a Canadian-Israeli billionaire.

In January 2019, 50 cultural icons including the artist Peter Gabriel signed a letter which was posted in the Guardian stated that the would not ignore “Israel’s systematic violations of the human rights of the Palestinians.”

The letter continued by saying:

“When exclusion and discrimination are so very embedded, Eurovision 2019’s claim that they celebrate inclusion and diversity rings hollow.

Much more in tune with inclusivity is the support across all of Europe for the Palestinian call for broadcasters and artists not to go to the contest in Tel Aviv.”

Madonna was recently awarded by GLAAD the Advocate for Change Award.

In 2018, Israel had a 54 percent increase in homophobic incidents. Tel Aviv saw one-third of those reported incidents.

Despite calls for boycotts due to human rights violations, 42 countries will be performing this year in the 2019 Eurovision Contest.