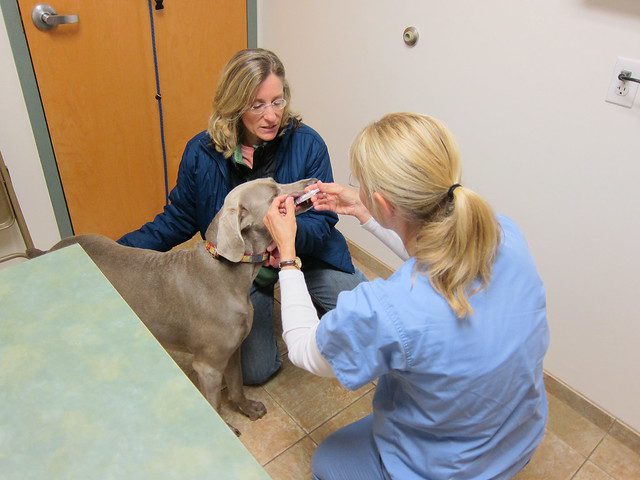 The measles epidemic is on the rise in 2019. In the United States, the country is experiencing the second highest amount of cases in two decades. Nineteen states have reported cases of the highly contagious disease.

With the disease on the rise, veterinarians are now regularly being asked if dogs can transmit measles to humans.

The short answer to that question is, according to the CDC that they can not. Measles is a disease that only humans can get and cannot be spread by any animal species.

Canine distemper stems from the virus that gives a human being the measles. Dogs cannot contract measles should a human have the virus, but they can develop distemper.

The symptoms are distemper are similar to measles. Usually, the disease is seen in a puppy under four months or unvaccinated older dogs.

Like measles, canine distemper is extremely contagious and can spread easily to other pets. Also like measles, a dog with distemper must be confined.

The best way to prevent canine distemper is to vaccinate the dog. The vaccine is almost 100 percent effective. Puppies should be vaccinated for the first time when 6-8 weeks old.

Booster shots should be given to the dog every 3-4 weeks until age 4 or five months.

Wag Walking: Can Dogs Get Measles?