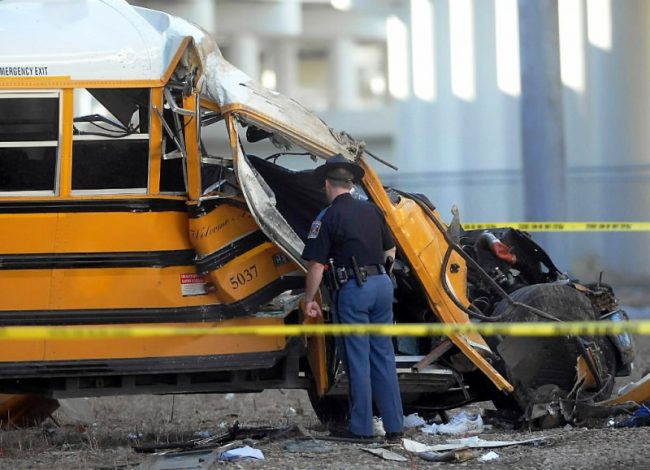 On the morning of May 10, 2019, thirty people including children were injured when a school bus was involved in a collision in Brooklyn, New York.

The police report the bus was transporting approximately 22 children. The bus was traveling at 9:18 a.m ET in Mill Basin between Avenue U and East 16th Street.

The bus collided with a sedan which was a dark sedan and black Nissan Altima. Several children suffered minor injuries and were transported to Brookdale Hospital.

FDNY said other’s involved in the crash were treated at the crash site.

Videos filmed by citizens say that both the bus and dark sedan suffered major damage to the front of the vehicles.

The circumstances surrounding the crash is currently being investigated.

This is a developing story.