Beyonce and Jay-Z’s Date Nights Are Nothing but Ordinary 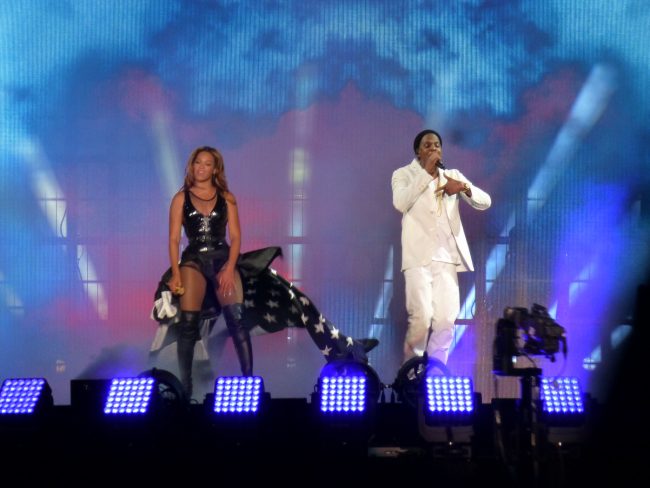 Beyonce and Jay-Z have three children and have a marriage by industry standards have been an eternity at over 11 years.

The couple has had problems as documented by the press, including Jay-Z’s admitted infidelity, and the infamous elevator fight with Beyonce’s sister Solange.

When Jay-Z was asked why he fought so hard to save his marriage, he said that Beyonce was his soulmate and the person he loved. The couple chose to fight for their family and love for the sake of their children.

The couple has decided to make a new start and put their relationship first. This includes alone time and date nights.

When Beyonce and Jay-Z decide it is time for a date night, they never go out alone but have a team of bodyguards with them. One of their favorite things do is to see an NBA game. However, they never get the cheap seats and are always courtside.

The couple also likes to take romantic vacations together. For an 11th wedding anniversary gift, the power couple treated themselves to a getaway to Mexico, leaving the kids at home.

Beyonce and Jay-Z have three children, Blue Ivy, and twins Sir and Rumi.

The couple rarely misses an awards show or special event. The press follows their every move at the Grammy’s, Academy Awards or even the inauguration of President Obama.

Cheat Sheet: Beyoncé and Jay-Z: What Do Their Date Nights Look Like?