Gotham and the Evolution of Batman on Fox 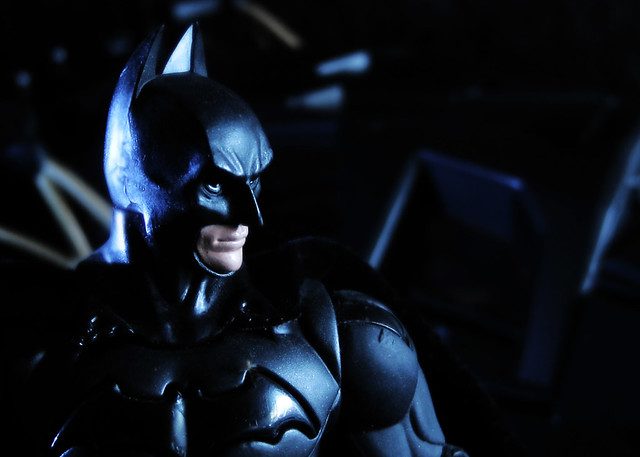 Bruce Wayne (David Mazouz) has been evolving into Batman on the Fox television series “Gotham.” The transformation lasted for five seasons.

Throughout the “Gotham” storyline, Wayne found a cave under Wayne Manor and sported a mask. He then began the great transformation into the iconic Dark Knight character.

The comic hero fought notorious members of the Arkham Asylum Rouge Gallery. Some of the villains were, the Penguin/Oswald Cobblepot, the Riddler/Edward Nigma, Bane, Scarecrow/Johnathan Crane, and Victor Freeze. Their genesis gradually unfolded during the five seasons of the Fox series. He then adorned his famed attire. Last, he formed a contract with Gotham Police Commissionaire Jim Gordon.

“Gotham” centered around Wayne’s home city before he becomes its silent protector. The show’s series finale leads into the beginning events of “Batman Begins.” Fox aired the episode on April 25, 2019. Batman was an invisible presence in the series finale. The episode was set a decade after “No Man’s Land,” Season 4, Episode 22. The series finale was titled “The Beginning.”

The dark heroic figure hid in the shadows while he talked to a 10-year older Selina Kyle, or Catwoman, (Carmen Bicondova). The scene signified the finalization of their unorthodox former relationship.

One scene focused on Gordon and Cobblepot on the Gotham City Docks. The scenario was similar to the program’s pilot episode’s climax. However, “The Beginning” promo heavily featured the Caped Crusader.

Epix is producing a Gotham prequel series which will be titled “Pennyworth.” It will debut in July. The series will revolve around Wayne’s loyal butler Alfred Pennyworth. Also, it will be a prequel to the initial prequel.

The series inspired other DC prequel series, such as “Krypton.” The newer comic series follows on the home planet of Superman/Clark Kent. It was inspired by “Gotham” which focused on Wayne’s home address.

IGN reported that “Joker” directed by Todd Phillips, is the first film in the Batman franchise. It focused on the Joker’s genesis for the first time since “Batman” (1989). The film might manage to humanize the character.

However, before the film is officially revealed “Gotham” was finally unmasked its own rendition on the Clown Prince of Crime. Cameron Monaghan played the part of Jerimiah Valeska who referred to himself as J.

The legendary DC comic book characters of Batman and his arch nemesis were not allowed to be referenced in the first season. IGN reported that DC fans doubt that they would see the Caped Crusader and Mr. J. in the last scene of the final episode.

The Fox series cannot refer to Batman and the Joker by name. However, J. was not a forerunner for the actual masked DC villain in the future of the DC and Batman Universe.

CBR.Com: Gotham Finally Debuts Its Batman – But Does It Deliver?
CNN Entertainment: ‘Gotham’ finale leaps into the Dark Knight
IGN: HOW GOTHAM FINALLY GOT ITS JOKER IN TIME FOR THE SERIES FINALE