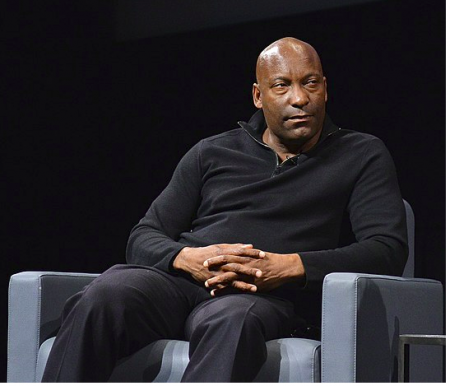 John Singleton chronicled the complexities of life in the black community. He gave the outside world an inside view of life, love, and pain in the hood. The trailblazing filmmaker’s expansive catalog of work spans across the big screen, television, and even music videos. Singleton was a revolutionary of sorts; telling authentic African American stories long before it became popular. He had a knack for finding and fostering new talent, making a major impact on the careers of several stars including Morris Chestnut, Regina King, Tyrese, Taraji P. Henson, Tupac Shakur, and Ice Cube among others. Singleton died at only 51-years-old, but the impact of his work cannot be forgotten.

When news emerged that John Singleton had passed away following a massive stroke last week, audiences and filmmakers from around the world braced themselves to mourn one of the community’s hardest working and most inspirational figures. The “Empire” producer was an artist and storyteller who throughout his work and career had shown a new path through the entertainment industry for young and diverse filmmakers.

The media loved painting young African Americans as trouble makers. Singleton recognized that problem and used to the film to get to the root of those damaging stereotypes, debunking the myth that we are inherently bad, and forcing the system to acknowledge its role. Singleton refused to showcase the black community it in a cookie-cutter, “Cosby Show” style. Instead, he chose to keep it real.

His films birthed a generation of young scholars, explorers, artists, community leaders, entrepreneurs, and storytellers. Singleton made movies that will live long after his body is memorialized. His stories touched the lives of many while shining a light into the life and love in the black community. He chronicled the struggles and highlighted the successes. Flicks like “Boyz n the Hood” displayed gang violence along with the power of a strong black father in the home. It not only showed black-on-black murders in the community but explained the ache of gentrification and the power of love in the midst of hard times.

Hollywood has lost a legend. Singleton gave voice to the black American experience in a way that had not been done before. His stories felt real. They felt raw. At the age of 24, this legend the youngest individual and the first African American ever to be nominated for a Best Director Academy Award.

The adored film writer died on April 29, 2019, at Cedars-Sinai Medical Center, in Los Angeles, CA due to complications from a stroke he suffered. In the wake of  Singleton’s untimely death, the producer’s family is urging the black community to heed the warnings in their body and get checked out often. Hypertension is one of the leading causes of death in the African American community.

Singleton will long be remembered as a pioneering voice and activist for the black community. He knew early on that he would become an independent filmmaker because there was no point of reference for what he wanted to do. He wanted to chronicle and showcase the complexities of love and pain in the black community. The Oscar-nominated filmmaker did just that. He made an impression in the entertainment industry and homes around the globe since his premiere film.

A celebration of life for John Daniel Singleton will take place at Angelus Funeral Home in Los Angeles’ Crenshaw community on Monday, May 6, 2019. The service will begin at 10 a.m.