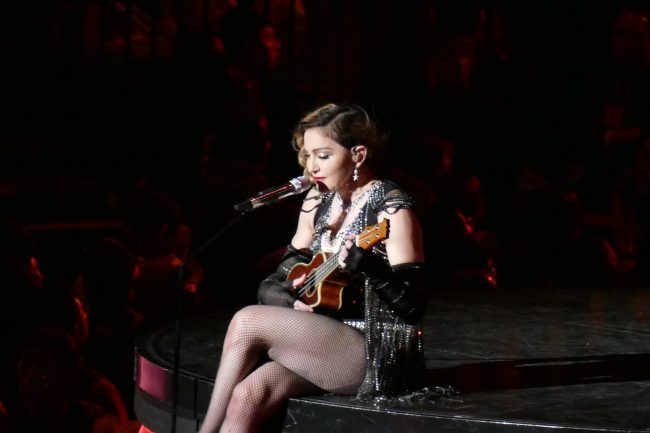 Madonna is set to fly into Israel for the Eurovision Song Contest on May 13, 2019, with a 135 person entourage to perform two songs on the finals on May 18.

On May 13, Jon Ola Sand, the executive producer of Eurovision, has said Madonna‘s team never returned the signed contract to the European Broadcasting Union. If Madonna does not sign the contract she will not perform at Eurovision.

He added that the European Broadcasting Union never confirmed Madonna would be performing.

In April, the UK, and USA publicists of the pop star announced Madonna’s performance on the show. They reported the material girl would sing two songs during the performance. One from her upcoming album to be released on June 14 “Madame X” and one of her classic songs. It was rumored she would be performing “Like A Prayer” released in 1989.

On May 13, Canadian-Israeli philanthropist Sylvan Adam’s public relations team, the individual who is paying Madonna’s $1.3 million dollar fee to have her perform and will be transporting her to Israel in his private jet, stated that they already started to prepare for her performance.

On May 14, some of the stage set for Madonna arrived in Israel. Other requirements of Madonna the pop star includes an entire tent complex backstage for the team of the singer.

Madonna’s full entourage will include the rapper KoVu, a 40 person choir, and 25 dancers.

Ticket sales for the event have been poor despite Madonna’s performance, and the United States will not be carrying the show due to poor ratings, and the broadcasting company does not feel the singer will bring in enough of an audience.

Many LGBT groups, human rights organizations, and celebrities are calling for a boycott of the show and asked Madonna to boycott due to Human Rights Violations. Madonna has refused.

LGBT groups who are boycotting Eurovision will be holding Globalvision which will broadcast at the same time and air performances from different countries.

BBC: Eurovision performance in doubt
The Times Of Israel: Madonna set to arrive for Eurovision, but gig still in air