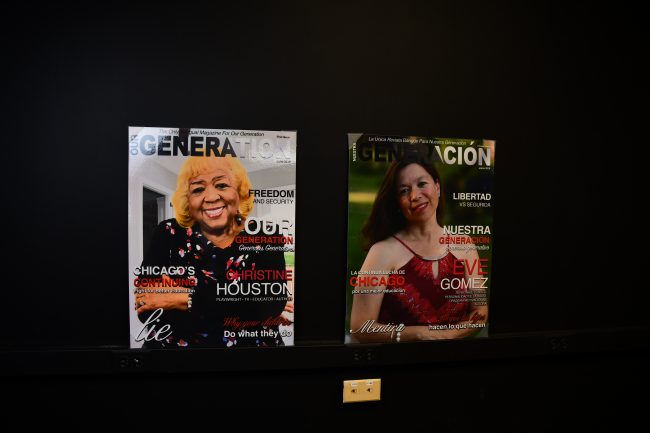 On May 9, 2019, a launch party was held to celebrate the release of the “Our Generation” Magazine. The event was scheduled to begin at 6:30 p.m. and end at 9 p.m., with dinner and a show planned before the ribbon cutting for the launch.

Although there were difficulties within the staffing crew, which led to the party beginning late, Christine Houston, writer of the hit show “227,” came out and lightened the hungry crowd’s mood with jokes. After a proper introduction to what “Our Generation” was and why it was important to the community, a graduate student of the News School came to the front of the room and recited a poem.

After the poem was finished, Houston announced that she wrote a play to be performed for the crowd, but that dinner would be first. Once everyone finished their meal, the lights dimmed and the play began. The crowd was brought to tears from laughter by the end.

Following the play, the program director and producer of the “Our Generation” Magazine, DiMarkco Chandler, spoke a few words about “Our Generation” and presented Houston with flowers as she cut the ceremonial ribbon. Afterward, all of the current students and graduates were invited to the front of the room for recognition of their journalism work.

A guest speaker followed, and spoke to the crowd about the importance of “Our Generation,” and of the News School program in general. Chandler then announced that the magazines were officially for sale. The night ended with pictures of the staff, students and participants together.

Our Generation, The News School