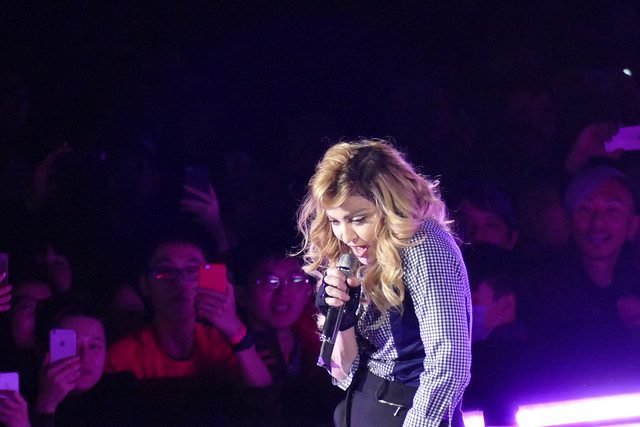 Madonna, who has stated in the past that she was raped at knifepoint, wrote on her Instagram that she felt as if she was raped after reading a newspaper article written about her in the New York Times.

The article which was written by Vanessa Grigoriadis entitled “Madonna at Sixty” was published in the paper on June 5, 2019.

Sixty-year-old Madonna had an issue that Grigoriadis, a contributor to the New York Times and Vanity Fair, feeling she wrote in the article about superficial and trivial matters.

She posted on her Instagram that the article made her feel raped. Madonna then added that she could use the term rape regarding her feelings about a newspaper article because she was actually sexually assaulted when she was 19 years old.

Grigoriadis responded to the pop star’s comparison of a sexual assault to a fact-based newspaper article. She said that she should not have to explain to Madonna that women in today’s social climate should not use the word rape as a metaphor.

Madonna wrote that Grigoriadis spent several months with her and was able to see her world as many have not seen it. Madonna changed her story after she saw the article saying she only spent five minutes with the writer.

In the article, Grigoriadis writes about how Madonna must have difficulties being a pop star as she gets older when the climate is geared towards younger artists.

She wrote that at 60 years old, Madonna’s performance at the Billboard Awards was “less than bionic.”

She also wrote that she was censored on the topics she could ask her. She was not allowed to ask anything personal such as menopause but had to broach the subject of aging.

Grigoriadis said she tried to related to the pop star as an older mother, but it was as if she was a cactus with sharp spikes protecting her and she does not let people get close to her. She particularly kept journalists away. Adding, she felt as if she was not hearing her real feelings and thought about her life.

Madonna wrote that women have a difficult time supporting other women even if they pose as an intellectual feminist.

She continued to insult the New York Times as Trump regularly does stopping short of calling it ‘fake news.’

Madonna added about the article that it is proof that the New York Times is one of the founding fathers of Patriarchy.

She then called for the death of Patriarchy and will continue to fight to eradicate it.