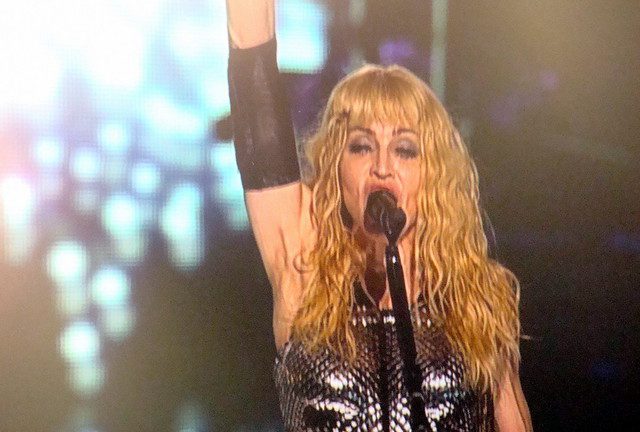 Madonna is breaking records; unfortunately, it is not the kind her record company would be proud to have achieved.

The number one spot on the charts from Madonna was inflated by over 30,000 copies of her album which was bundled together with tickets which were sold for her upcoming tour in the fall. The RIAA considers these sales and counts them.

By the second week of its release, Madonna’s “Madame X” dropped a record-breaking ninety-five percent. The album sold only 3,600 copies.

The total sales of Madonna’s album are only 5,900 copies including streaming of her singles and album.

In the past, Madonna has used ticket bundling to get her album to debut in the number one spot. However, this is the most significant drop off in sales she has ever faced.

Bruce Springsteen’s “Western Stars” sold this week 9,500 units. Altogether, including streaming, he has 11,200 units sold. Undoubtedly, he will also get a well deserved Album of The Year nod at the Grammy Awards and will be a front runner to win it.

When Madonna hit the number one spot with “Madame X,” her followers who said that the iTunes charts did not matter when she had five flopped singles rejoiced.

They pointed to the number saying that their “Queen” was back. They had mass celebrations. It will be interesting to see what excuses the fans will make for a drop off of ninety-five percent, and only 3,600 copies sold of her latest comeback album.

The ageism, haters, she was wonderful 35 years ago, she is a legend, comments will be coming out in droves. We should also not forget the infamous “haters are going to hate.”

The fans who call Madonna their “Queen” will undoubtedly twist reality and make excuses.

Madonna may have broken another record. Before “Madame X,” “Rebel Heart” was her worst selling album of all time. She may have just broken it.