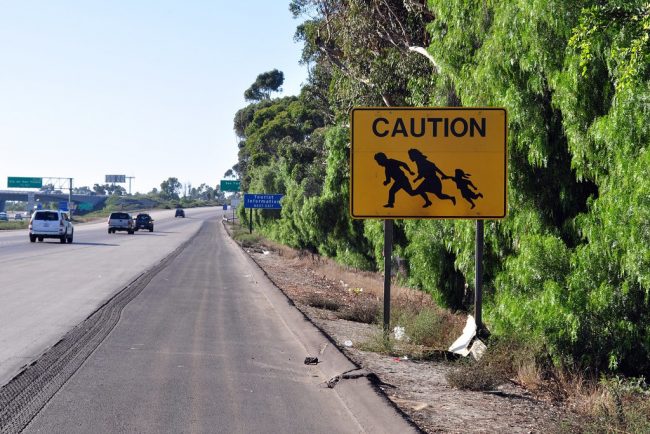 The U.S. migrant crisis unfolding in the filthy detention centers in Texas, the Mexican border and the murky waters of the Rio Grande casts a negative light on Donald Trump’s presidency. For some in Africa, it is inconceivable to imagine that the most powerful and most prosperous country on earth still embraces a divisive approach to the humanitarian catastrophe brewing to fermentation at its golden gates.

Arguably, the Trump administration views the massive influx of immigrants as a curse which needs to be exorcised by shifting the burden onto the Central American governments and the rest of the wretched world. Ironically, the policy espoused in the slogan “America First” has been turned into a destination of choice by those seeking a safe haven and a better life. Turning them away at the gate without giving them the due legal process will actually worsen the U.S. migrant crisis to unimaginable proportions.

Huge influxes of asylum seekers indeed place economic burdens on host countries. In the same breadth, countries have a sovereign right to choose who should come in and out of their borders. Furthermore, the 1951 Geneva Convention and other principal refugee treaties do not grant the right to seek and enjoy asylum from persecution in other countries. In the case of the U.S. migrant crisis, all have to agree that all the legal obligations stated above might not apply. The U.S. has to take a position of responsibility and leadership in dealing with the migrant crisis so as to set an example to the whole world.

This well-documented gap in International Law should thus not give the U.S. government the impetus to fold arms and shift the burden to Mexico, and other volatile Central American countries. The fact that no legal obligations are encumbering other countries like Canada to relieve the U.S. of the migrant crisis, should not be an excuse for the wealthiest country in the world to flout even the most basic principles of international law.

Put simply an asylum seeker should not be returned to a state where she fears persecution. In the case of the current U.S. migrant crisis, the due legal process must be followed in assessing the fear of persecution before detention or deportation. Refugee policy and practice also stress that the principle of non-refoulement is applicable in situations of large influxes. This is also not dependent upon international assistance or the principle of burden sharing. Such policy and practice prescript also apply to the U.S. migrant crisis, which has badly exposed Trump’s administration.

The U.S. should not shift the burden and wish it away, for that will not plug the hole. It is capable of withstanding the attrition caused by the mass influx of asylum seekers. The migrant crisis is an opportunity to provide leadership in finding durable solutions to the never-ending problem of human displacement.

Therefore, it gives no pleasure to imagine that the Democratic caucus will feel vindicated in its argument against an obtuse migration policy through the unfortunate deaths and misery of many hapless refugees. Neither is it gratifying to say that the Republicans will get a wake-up call for their appalling refugee policy through the drowning of a Salvadoran father and his 2-year-old daughter fleeing persecution from his country. In short, the U.S. migrant crisis is a result of lack of political will in sharing the refugee burden.

If truth be told, the U.S. migrant crisis has exposed the Trump admiration’s failure to take a position of authority and responsibility. The crisis requires a true spirit of international cooperation in which the U.S. plays a leadership role in crafting a policy that will instill the values of burden sharing amongst affected countries. The migrant crisis is an opportunity to practice and operationalize the mechanisms of burden sharing rather than burden shifting.

The U.S. migrant crisis can be juxtaposed with how the developing countries in Sub-Saharan Africa have shouldered the burden despite chronic financial problems. By numbers, the African continent carries the bulk of the refugee burden. These refugees are being assisted by equally poor and least developed countries like Uganda and Kenya who lack financial muscle in comparison to the mighty United States of America. Yet most refugees and asylum seekers have been settled in such countries while the due legal process is being sought for.

The rejection by the U.S. of the Global Compact on Refugees on December 17, 2018, does not inspire confidence to a world beset with problems of human displacement. Although being no-binding, the Global Compact on Refugees (GCR) intends to complement the pre-existing international obligations under international refugee law. If the rigors of political will are not factored in, the GCR intends to galvanize action and resources at all levels through operationalizing the principles of burden and responsibility sharing amongst member states.

Therefore recent media reports of the U.S. cutting aid to some Latin American countries fly against the spirit of resolving the problem. It is reported that President Donald Trump lashed out at Honduras, Guatemala and El Salvador of “not doing enough” in stopping asylum seekers crossing into the U.S. Observers are of the view that such retaliatory action and threats are inflammatory and counterproductive. The focus should be on fixing the cause of the displacement rather than perpetuate an antagonistic stance which tramples basic human rights. It thus remains to be seen whether the U.S. government will take a leadership role in providing shelter to the hapless asylum seekers or will try to solve the curse of mass influx through shifting the burden to the countries of origin.

Shepherd is a member of the newly established Kaldor Centre for International Refugee Law: Emerging Scholars Network (Africa Research Group). The views and the opinions expressed in this article are those of the author and do not necessarily reflect that of the Research Group.