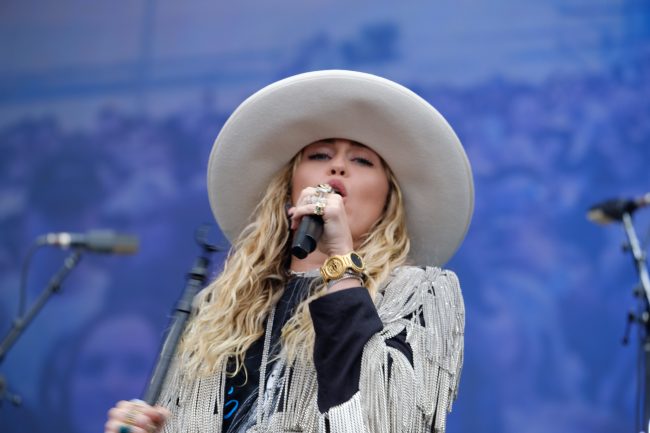 On August 10, Miley Cyrus announced that she and husband, Liam Hemsworth, had gone their separate ways. Following that surprise announcement, Hemsworth officially filed for divorce on August 22, even as rumors circulated over what led to the separation.

Since the original news broke, there have been stories that Cyrus had cheated on her husband, while others indicated it was all about her wild ways, still others have pointed to issues with Hemsworth’s own partying. Although the Australian actor cited irreconcilable differences for the reason they were getting divorced, it seems that the singer is looking to clear her name and explain the real reason the couple is going their separate ways.

According to “People Magazine,” an insider with knowledge of the couple’s relationship explained that the reason for the separation stemmed from Cyrus feeling like she “didn’t want to hold back about who she is. She wants to be true to herself. Being with Liam, this was just not possible.” In fact, the insider went so far as to say that the couple had gone their separate ways months ago, and the official announcement was a long time in the making. At the same time, it seems that Cyrus was still a bit shocked over the news that Hemsworth had officially filed for divorce.

In an Instagram post from the singer, she decided to clear her name of the rumors that were circulating about why she and Hemsworth were breaking up. At the same time, it seems that the insider may have been accurate in their assessment of what happened between the couple, as Cyrus posted that, “I refuse to admit that my marriage ended because of cheating. Liam and I have been together for a decade.” However, it was not just the cheating rumor that she put to rest, as she also explained that, “at this point I had to make a healthy decision for myself to leave a previous life behind.”

While rumors might be circulating that lay the blame on Miley Cyrus for the end of her marriage, it seems as if the couple had simply grown in different directions. After 10 years of being on-and-off, it makes sense that they would grow and change. Although they may have grown apart, that does not mean that there is not still love in the mix. Instead, as Cyrus herself explained, “I am simply in a different place from where I was when I was younger.”

Considering the couple has been together for quite some time, it makes sense that there would be some shock over their separation. However, there are also plenty of people quick to point out how different Cyrus and Hemsworth are, with one source saying that the singer, “really had to make a lot of changes to be with Liam, and it was almost like she needed to be a different person to be in a relationship with him.”

Whatever happened between Miley Cyrus and Liam Hemsworth, it seems as if many of the rumors are just that – rumors. At the same time, fans will have to wait to see how this separation plays out in terms of what really happened between the couple.

People Magazine – Miley Cyrus ‘Had to Change’ to Be with Liam Hemsworth — ‘She Wants to Be True to Herself’: Source
Miley Cyrus Instagram Post