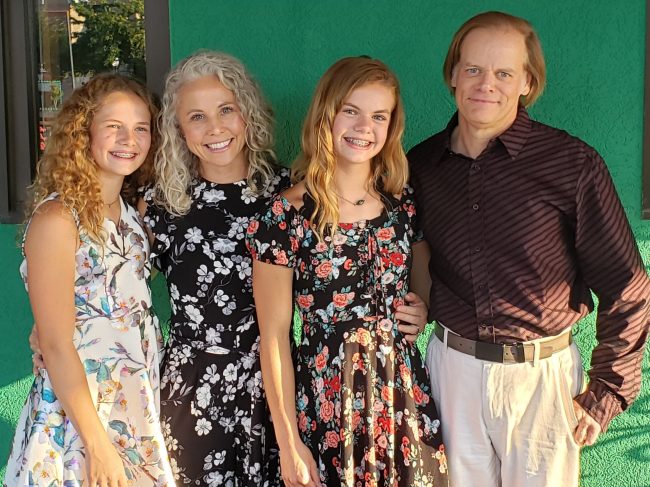 “My 13 and 14-yr-old daughters started public school last week. My oldest was asked if she could add a face to Mt. Rushmore, who would it be? She answered unashamedly, “Donald Trump.” When asked what heritage or culture she was, she answered proudly, “AMERICAN.” Being proud to be an American is what unites us in the United States and Illinois. Yet we are divided over issues that have caused Illinois to have the highest out-migration rate in the U.S. That’s why I’ve decided to run for IL State Senate,” Ward said.

She continued, “IL has the most radical abortion law in America; the highest overall tax burden; and a recently doubled gas tax sponsored by Democrats and complicit Republicans who voted ‘yes’ and ‘present.’ We are notorious for corrupt politics. It’s crippling us and causing people to leave our state. It doesn’t have to be that way.”

Ward offered the solution: “Illinois has a heritage of integrity since Lincoln, and it’s time to take back our state. We are living in a time where the rest of America is prospering from the lowest unemployment rate in years; a booming job market and high wages. We need leaders who are willing to reduce taxes and regulation so that we can be part of that, not just watching from the sidelines as more people leave to chase after that economy in other states. With leaders who keep their word and care more about the future of our state than political correctness, we can keep our state from following the path of California and cities like Detroit.”

Jeanette Ward cited her experience as a school board member, “I began my political career as a Board of Education member in the largest elected school board in Illinois (U-46). I made a commitment and I stood by my word to stand against increasing tax burdens and radical social engineering. I voted ‘no’ on every increasing budget and tax levy, and resisted de-facto co-ed locker rooms and bathrooms, which a majority of parents DO NOT WANT. I exposed radical indoctrination in student textbooks, now required by IL’s new LGBT history law, with NO OPT OUT for parents. I want leaders who will protect our KINDERGARTNERS, not cave in to political correctness.” She continued, “It’s important for leaders to stand on principles and to also be flexible enough to work toward common goals. I was able to partner with those who opposed me when it made sense, allowing increased school choice via the first charter school serving my district.”

Ward urged people to go to her website, Jeanette4senate.com where they can help her by contributing and volunteering. She concluded by saying, “I am running for IL State Senate and I need your vote. Elect me to the IL Senate in the 25th district, and I will be relentless in my vigilance for a future of life, liberty, sound fiscal policy, and parental freedom.”

Jeanette Ward served on the largest elected school board in IL from 2015-2019. Several of the issues she faced made national news, including students demanding access to opposite sex restrooms, slanted curriculum, and a fellow board member who said the American Flag was nothing more than toilet paper. She is married with two teenage daughters in public school. She is running for IL State Senate, District 25.