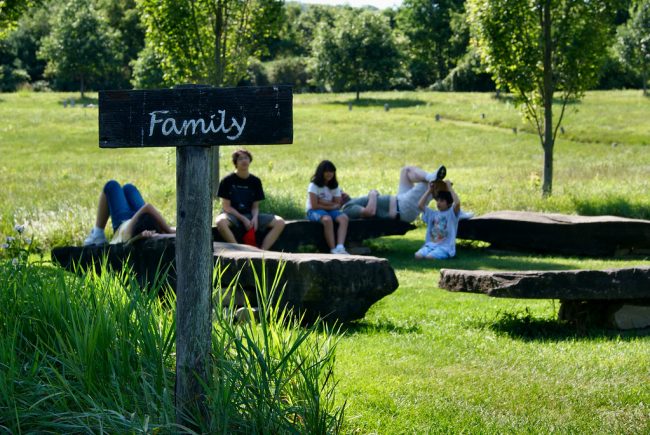 According to People, a couple from Oregon is encouraging other parents to prioritize time with their children. Recently, this couple suffered an unimaginable loss when their young son died in his sleep.

J.R. Storment is a tech mogul and Jessica Brandes is a naturopathic doctor. The couple shared twin 8-year-old boys, Wiley and Oliver. The family of four lived in Portland.

Their lives were flipped upside down in August when Brandes discovered her lifeless son in his bed. She then called her husband to tell him Wiley had died.

Both Storment and Brandes shared their lament in essays they shared on LinkedIn. It was ins these essays the couple admitted they regretted their work schedules and encouraged others not to miss out on precious time with their children.

“Hug your kids. Don’t work too late. A lot of the things you are likely spending your time on you’ll regret once you no longer have the time. If there’s any lesson to take away from this, it’s to remind others (and myself) not to miss out on the things that matter.”

“If we’ve learned anything at all, it’s that life is fragile and time really can be so cruelly short. We wish a lot of things were different, but mostly we we’d had more time. If you are a parent and have any capacity to spend more time with your kids, do.”

Storment’s emotional essay was published on Sept. 10, 2019, and it has gone viral, by revealing that in the same month he welcomed his boys into this world, he founded his financial analysis company, Cloudability.

The company was acquired three months ago. Three weeks ago, he learned of his son Wiley’s death.

When he received the call, he was sitting in a conference room with 12 people talking about PTO policies. Minutes before he received the news about Wiley, he had told the group that in eight years he had not taken more than a contiguous week off.

Brandes and Storment have an agreement to answer the phone when the other one calls. So, he answered the call.

Storment recalled that the call was “icy and immediate.” After hearing of his son’s death, he ran out the front door of the office to his car.

After making the call to her husband, Brandes called 911 and explained to Oliver what had happened.

“I knew I had approximately 4 minutes to explain to Oliver than his best friend died and 15 people were about to swarm our home. I asked him to pick a location where he would feel safe. Then, sirens.”

The couple wrote in detail of the chaotic events that followed. Their cul-de-sac was filled with emergency vehicles and a rush of first responders flooded their home. There were unable to see Wiley for three hours while the place as quartered off as a potential crime scene.

Wiley’s death was confirmed using cardiac leads, and paramedics returned their equipment to the trucks. An entire truck of life saving measures could not help Wiley.

After paramedics tried to recover Wiley and the police had completed their investigation, Storment and Brandes were finally able to see their son. It was an emotional moment that was intimate and heartbreaking.

Storment wrote: “An eerie calm came over me. I laid down next to him in the bed that he loved, held his hand and kept repeating, ‘What happened, buddy? What happened?’ We stayed next to him for maybe 30 minutes and stroked his hair before they returned with a gurney to take him away.”

Brandes wrote: “Out time was limited. It was not the way a parent should have to see their child, but it was all we had. We held his hand and fixed his hair and kissed his head until our time ran out.”

Wiley was wheeled down the driveway to a black minivan. Storment followed alongside him. He held his hand through the body bag.

“And then one by one, the cars all drove away just as quickly as they had arrived leaving J.R., Oliver and I standing in our driveway in a completely different world than the one they had woken up to.”

Wiley had been diagnosed with an extremely mild form of epilepsy called Benign Rolandic Epilepsy that generally self-resolves in the teenage years. It is believed that Wiley died from SUDEP – Sudden Unexplained Death of Epilepsy.

Once SUDEP starts, it is unpredictable, unpreventable and irreversible. “It can be tied to a seizure but many times the brain just shuts down. Statistically, it was highly unlikely to hit our son: 1 out of 4,500 children with epilepsy are affected. Sometimes you end up a statistic.”

Wiley’s mother explained that if the brain is thought of as the computer of the body, Wiley’s computer just turned off. There is no known trigger or warning,

Brandes stated: “I take solace in the fact that it was peaceful. Wiley was warm and happy and asleep in his favorite place next to someone who loved him,” referencing his twin brother Oliver.

Since the day of Wiley’s death, Stroment has struggled to understand and come to terms with all this, and things his 8-year-old son looked forward to in life but never got the opportunity. Things like starting a business and getting married. He even had the girl picked out that he wanted to be his wife.

Stroment says there have been countless moments of difficulty over the past month. One of those difficult things was signing his son’s death certificate. “Seeing his name written on the top of it was hard. However, two fields further down the form crushed me. The first said: ‘Occupation: Never worked’ and the next: ‘Marital Status: Never married.’” These were two specific things Wiley wanted to accomplish.

Wiley’s father looked back on his last hours with Wiley with regret. He said he briefly yelled at him for being bossy with his friends during a playdate.

“I was stern with him. Too stern in hindsight. And I made him cry. It’s one of the last interactions we had and I’ve beaten myself up for it a dozen times. A few hours later, things had calmed down … I had a very sweet interaction with Wiley at bedtime and apologized for making him cry. We had a good snuggle and I went to bed by myself”

Storment said he woke up at 5:40 a.m. the next morning for a series of meetings that were held back-to-back. He did a Peloton ride, took a call from an analyst from his home office. Then, he left for the office without saying goodbye or checking in on the boys. After that, none of those phone calls or meetings seemed so important.

Brandes and Stroment say they are trying to adjust to their new normal with a new perspective.

“Our family has gone from having two units of two (the parents and the twins) to now being a triangle of three. That’s a bid adjustment for a family that has always been four. Oliver’s brilliant replay when we discussed the shape of our new family: ‘But Papa, the triangle is the strongest shape.’”

Brandes, Storment, and Oliver are going to work on their new life, learn to live the best they can. Currently, they are all navigating uncharted waters, but they are doing it together.

Concerning their work schedules, the parents have decided to plan on prioritizing time with Oliver and improving their relationship with him.

Storment wrote: “I believe in the words of Kahil Gibran who said, ‘Work is love made visible.’ To me, that line is a testament to how much we gain, grow and offer through the work we do. But that work needs to have a balance that I have rarely lived. It’s a balance that lets us offer our gifts to the world but not at the cost of self and family.”