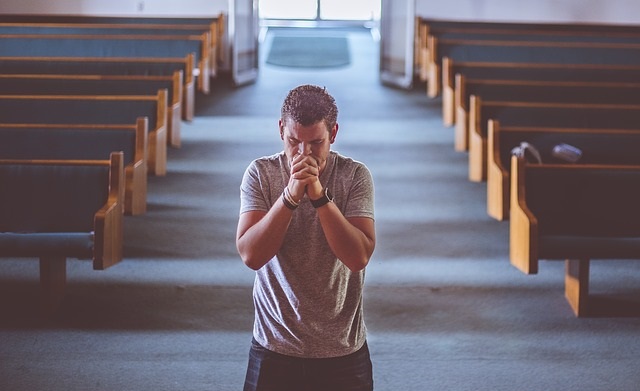 Is the church dismissing mental health issues with prayer as a solo act? Far too often, the answer is yes. A student recently wrote a letter about his friend’s experience with clinical depression and the church. The friend was told he needed to pray and read the Bible more because he obviously was not doing something right. Unfortunately, this is not uncommon among religious thinking. Why is this careless counsel, as opposed to an educated response, been allowed to go unchallenged so long?

Scripture and prayer, no doubt, are powerful tools of encouragement when people are struggling with certain issues. However, the church too often uses the same “prescription” of prayer and scripture as the joint cure for whatever ails you. The Christian community must become educated with mental disorders if they are to effectively instruct parishioners. More prayer is simply not the antidote.

According to the National Institute of Mental Health, an estimated 26 percent of Americans over the age of 18 suffer from a mental disorder that is able to be diagnosed and treated.  Unfortunately, in Christian communities, this treatment is either frowned upon or related to the need for a stronger prayer life.

Far too many Christian leaders have committed suicide because they felt forced to struggle in silence with mental issues that could have been treated. The news of Perry Noble, the pastor of New Spring Church, caused conflict among the religious community after word got out that he was taking antidepressants for anxiety. He should have been praised for being courageous enough to seek help from professionals but instead, he was hit with opposition; which is what many pastors fear.

Many might remember, Pastor Rick Warren’s son, Matthew, who took his own life about seven years ago after struggling with mental illness for some time. In the aftermath of his death, his father stated:

The church needs to be more intentional and involved in addressing mental illness. Churches need to stop hiding mental illness. The congregation should be a safe place for those who struggle. We should not be afraid of medicine. We need to end the shame.

For many years Noble told his congregants that praying, reading and memorizing scripture was the solution to mental illness. This all changed once he was hit hard with depression and mental anxiety; he found out that his former “prescription” was simply not enough.

Noble admitted to being so depressed that he even considered suicide. After working through it with biblical counseling and changing things in his life which he had control over, life began looking upward. At that time he and his physician agreed that medicine was not necessary.  The preacher said he felt good about himself and secretly believed not needing medication to conquer his depression was some sort of badge of honor. It confirmed what he had been teaching all along. 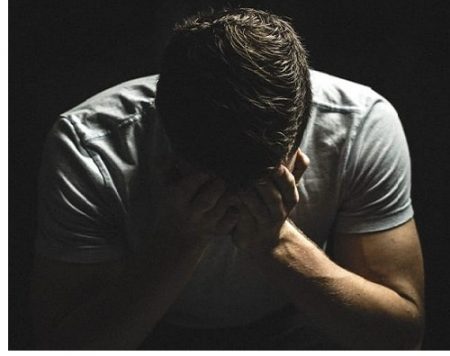 Noble said just when he thought he was all clear his anxiety came creeping back into his life. After consulting with his doctor he decided, against his previous belief, it was time to take antidepressants. This pastor now says when looks back on that time his decision to take medication was one of the best decisions he had made in relation to his mental stability.

He says he is not ashamed to let people know that he is taking an anti-depressant. Noble says this experience has changed his entire mindset concerning medication and mental illness.

In the last quarter of 2013, at least three pastors committed suicide. Suicidal thoughts always precede the act, just as a thought does with every other action. Suicide is not a new problem among the clergy, but three suicides in less than two months ought to at least make people wonder whether or not the church is covering mental illness with prayer.

The late Pastor Isaac Hunter penned a suicide note a year before taking his own life. The 36-year-old leader of a megachurch was known as a powerful speaker who inspired others, while in his own life struggled with mental illness.

Pastor Ed Montgomery, who could not get over losing his wife, shot himself in the presence of his son and mother. His wife died almost a year prior to the date Montgomery committed suicide. He said he kept hearing his wife’s footsteps and voice. This pastor felt as if he could not live another day without her; he suffered from severe depression.

One Sunday in November Reverend Teddy Parker Jr. took his own life in between services. He sent his family ahead to service and was found later in his car, still parked in the driveway, with a self-inflicted gunshot wound to the head. Before committing suicide Parker wrestled with not believing God was hearing him.

More recently, Pastor Jarrid Wilson, a California church leader, author, and mental health advocate died by suicide. In this case, the 30-year-old was open about his own war with depression, often posting on social media about his battles with the mental illness. He and his wife even founded the mental health nonprofit Anthem of Hope.

The fact is mental illness is real and needs to be treated as such. The church needs to be a safe place for those with these struggles; the shame needs to stop. No longer should it be acceptable for leaders and congregants to be afraid of medication.

This world is already overly medicated and medicine is not the answer to every situation. When it comes to mental illness it needs to be treated as such by a professional, while character issues can be worked out through other methods.

This by no means denies the power of prayer and the knowledge that prayer changes things. There are many references and examples in the Bible where people received supernatural healing for a variety of illnesses. It is also important to note that often God chooses to heal through an approach that includes scripture, prayer, and more importantly medical intervention.

Is the church dismissing mental health issues with prayer? Unfortunately, the answer too often is yes. Prayer and scripture are awesome tools of encouragement for those struggling with mental issues except when presented to individuals as a sole cure for mental disorders.