RHOA: Kenya Moore Is No Longer a Housewife 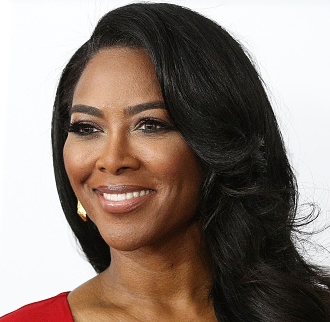 After two years, Kenya Moore of “The Real Housewives of Atlanta (RHOA)” is no longer a housewife. On September 19, Kenya released the statement that she and Marc Daly would be divorcing. The controversial cast member has spent her entire tenure on the show’s previous seasons looking for love; it seemed she had finally found it. Now, the couple is focusing on co-parenting their 10-month-old daughter.

Initially, the star kept her new love on the down low, refusing to share his name or release any images. This was short-lived. The newlywed’s spouse is Marc Daly, the owner of SoCoBK a trendy restaurant in New York. Daly did not make many appearances on Kenya’s last run as an ATL Peach holder. The cast is currently wrapping up its twelfth season so fans will have to wait until it airs to see his involvement, if any, during the current season.

Kenya began modeling at the age of 14. At 22, she won Miss Michigan and then became the second African American woman to win Miss USA. In 1993, the actress represented the United States in the Miss Universe pageant and placed fifth. Prior to landing a recurring role as an Atlanta housewife, Kenya had small, background parts in several television programs.

The Hollywood lifestyle has the distinct ability to increase the strain of any relationship. Although there were obvious issues with the couple, allegedly, her costars are surprised by the announcement. They knew bumps in the road existed, but all relationships experience challenges. However, they were routing for the newlyweds.

It seems the decision to divorce was sudden, but according to those close to the Dalys, this did not happen overnight. It is a culmination of ongoing events that caused a strain on the relationship as husband and wife. The abrupt announcement was just days after the couple appeared on “The Tamron Hall Show” to discuss their IVF journey. The “RHOA” star released the following statement confirming the split:

It is with profound sadness that I regret to inform my fans that I am divorcing my husband Marc Daly. Due to recent and ongoing circumstances, I can no longer continue in the marriage. My sole concern and focus is and will always be my daughter, Brooklyn, my miracle baby. She was made in love and true commitment. I ask for our privacy to be respected moving forward.

So far, no details have been confirmed about the cause of the split. However, Kenya and Daly also released a statement, saying:

I have come to the difficult decision to separate from Kenya at this time. Our daughter has two parents that love her very much and in her best interests, this situation should remain as private as possible. I cherish our family’s good times together and will continue to co-parent in a loving way. Rumors, innuendo or false accusations only serve to hurt our family and will be addressed through counsel as the law permits. Please respect our privacy during this challenging period.

Kenya has shared her dating life on the hit Bravo series since she earned a peach. The actress has emphasized each season her sincere desire to find love and start a family. In 2017, her dream came true after marrying “the love of her life” two years ago on a St. Lucia beach. The following year their daughter, Brooklyn Daly was born. While Kenya is no longer a housewife of Atlanta, she is still the mother of a beautiful little girl.